A new study has found that medical marijuana reduces the use of prescription drugs in nursing homes. The study is titled Will medical cannabis treatment reduce pharmaceutical residues in the aquatic environment? A case study from an elderly nursing home, and was published in the journal Advances in Health and Behavior.

For the study researchers from Israel examined the impact of medical marijuana consumption on symptom management and prescription drug use in a cohort of 19 elderly patients over a one-year period. According to NORML participants in the study were enrolled in Israel’s federal marijuana access program and were able to choose from four select strains of cannabis. All of the study’s subjects were dependent on nursing home care.

“Authors further reported that cannabis therapy was associated with a reduction in subjects’ use of prescription medications – a finding that is consistent with prior studies. Overall, participants discontinued taking a total of 39 prescription medicines during the study period. Patients were most likely to eliminate their use of opioids, anxiolytics, and anti-depressants after initiating cannabis therapy.”

The study concludes by stating: “We found an overall improvement in the patients, including of their symptoms and medical conditions, cessation or reduction of traditional drug usage, and a general improvement in life quality. … Overall, 39 dosages of prescription drugs were cancelled for the 19 elderly individuals included in this research, indicating that medical cannabis can be an effective treatment that also reduces environmental drug load.”

High drug consumption and polypharmacy, especially in the elderly, is one of the 21stcenturyphenomenon. It has different undesirable side effects, which may directly affect the environment. It is knownthat pharmaceutical residues are excreted via patients’ urine or feces to waste water, which is then dischargedto the environment. Therefore high drug consumption is contributing to the continual rise in pharmaceuticalresidues in the aquatic environment, and address a rising cause for concern. Alternative treatments that can relieveor improve the patient’s clinical condition, thereby reducing the consumption of pharmaceuticals, hold greatpotential for reducing drug residues in the environment. The purpose of this research was to evaluate the reductionin pharmaceutical consumption in a nursing home for the elderly, as a result of treatment with medical cannabis.With time, medical cannabis treatment dramatically improved patients’ symptoms and their medical indexes. Asa result, the local physicians stopped prescribing drugs that were defined as unnecessary. Overall, 39 dosages ofprescription drugs were cancelled for the 19 elderly individuals included in this research, indicating that medicalcannabis can be an effective treatment that also reduces the environmental drug load, thereby preventing waterpollution. 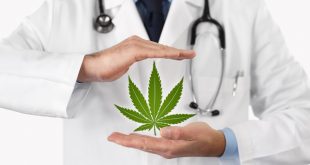 Study Finds Marijuana Use Not Linked to Increased Stroke Risk

U.S., June 3, 2020 (HCPLive)- Contradicting the results of many previous studies, a recent analysis …