U.S., April 3, 2020 (Marijuana Business Daily)- The COVID-19 outbreak is causing serious jitters among large cannabis companies, with a growing list of multistate marijuana operators scaling back by laying off workers and shuttering operations in a bid to slash costs.

The widespread cutbacks this week by Acreage Holdings, MedMen Enterprises and 4Front Ventures also call into question the overall health of the marijuana industry as the U.S. economy appears headed into a sharp downturn.

Cannabis companies have experienced a rapid growth phase for years.

But as the coronavirus pandemic worsens in the U.S. and destabilizes both the marijuana and mainstream markets, many cannabis businesses have pivoted to restructuring, eliminating inefficiencies and pulling back on plans for expansion.“Coronavirus conditions are prodding cannabis companies to take even more aggressive steps to reduce expenses, lower head count and sell noncore assets in a bid to accelerate their path to profit,” said Craig Behnke, equity analyst at Marijuana Business Daily’s Investor Intelligence.

New York-based Acreage Holdings announced Friday it furloughed 122 employees and temporarily closed several U.S. operations, saying this was related to the “significant impact of the COVID-19 pandemic and other uncontrollable factors that have greatly shifted the cannabis landscape.”

“Acreage’s employee reduction, cost cuts and various other strategic moves are the latest – but not the last, we suspect – in a string of cannabis company reorganizations,” Behnke said.

Acreage is far from alone in taking similar cost-saving measures.

Harvest Health & Recreation, a multistate cannabis company based in Arizona, called off its planned acquisition of privately held Chicago-based Verano Holdings, with the companies citing “prolonged obstacles” that include the coronavirus crisis.

Phoenix-based 4Front Ventures slashed its corporate workforce by almost 40% and cut the number of employees at its recreational and medical cannabis stores by almost 45%.

The company also delayed the launch of a marijuana manufacturing facility, saying that California’s adult-use marijuana market faces “challenging conditions” and had been even before the COVID-19 pandemic.

According to Behnke, marijuana businesses have been under pressure from investors since 2019 to reach profitability quicker, and the uncertainty of the COVID-19 outbreak has made a difficult task even harder.

But, he said, the “transformation” of the industry is a “natural” step as the industry matures and the competition thins out.

“It’s actually very healthy and necessary for the industry to undergo a competitive shakeout that rewards the most viable players and penalizes the least viable,” Behnke added.

“Market conditions resulting from the coronavirus will probably make that competitive shakeout much faster.”

Cannabis businesses have been running “pretty inefficiently” for a while, said Nic Easley, CEO of Denver-based 3C Consulting, and tended to throw money at problems when the prices for wholesale cannabis were high.

“This is a massive consolidation period where everyone has to get efficient,” he added.

But as mature markets have become more saturated and prices have declined, some companies haven’t shored up the cash reserves they needed to ride out a crisis such as this, according to Easley.

As for the layoffs, Easley expects a “copious” amount of additional workforce reductions because plant-touching cannabis companies don’t have the same Small Business Administration protections as other businesses.

“The new normal is what we need to consider,” he added. “Normal’s never going to come back.”

“Although cannabis has been deemed essential in many states and provinces, we believe the overall retail throughput will be greatly reduced,” Andrew Carter, vice president of Stifel, noted in the report.

The Stifel analysis points out that the industry is strapped for cash and scaling up requires investment, which could prove difficult as the market contracts.

“We believe the social-distancing measures to contain COVID-19 will drive continued reductions in economic activity and put significant pressure on consumer spending,” according to Carter.

For those companies that can ride out the pandemic and not go under, this period could provide an opportunity to reevaluate, said Avis Bulbulyan, CEO of Los Angeles-based Siva Enterprises.

“This is a great opportunity for companies to take the next month to refocus and restructure themselves as a company,” he added. 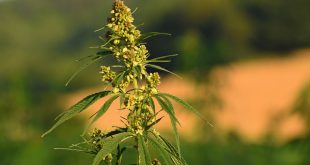 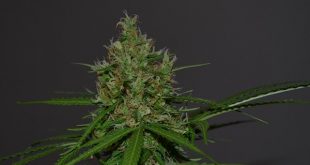 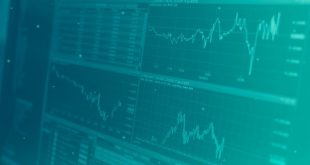 Is Moderna Stock A Buy As CEO Says World Will Live With Covid ‘Forever’? 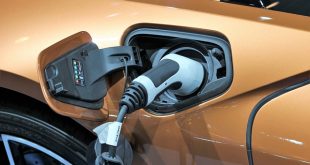 Which Chinese Electric Vehicle Stock Will Grow The Most By 2022?

This story originally appeared on Yahoo Finance. Every week, Benzinga conducts a survey to collect …