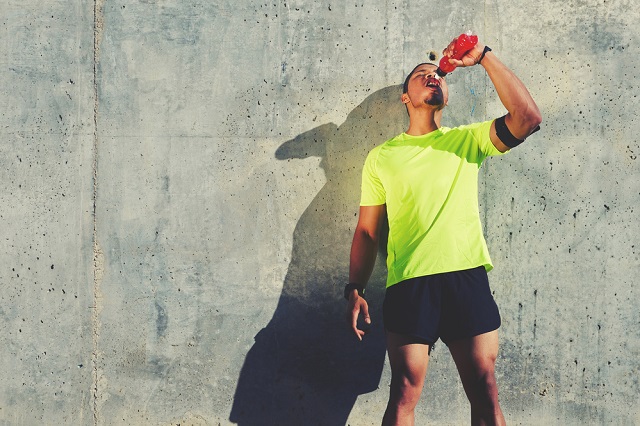 Cannabidiol (CBD) is an ingredient found in cannabis family plants, both marijuana and hemp.  Hemp is produced legally and in commercial quantities in many parts of the world, including the United States, Australia, Canada and the UK.  To many, CBD is thought to contain most of the health benefits of medical cannabis.  CBD has been sought after for many who suffer cancer and other diseases.

CBD in certain product forms for human consumption, like beverages, are believed to promote beneficial health effects for its consumers, bringing vitality and healing properties to the body.  There are limited studies to the effects of CBD, so users must take it at their own risk as they would with any naturopathic medicine.

The properties of CBD drinks are recognized by over half the States, and the result has been the legalization of cannabis-derived CBD for medical distribution.  Better yet all 50 states are allowing hemp-derived CBD drinks, aimed to very different types of consumers: those who enjoy cannabis but also those who are only interested in the potential health benefits of cannabis without “getting high, so they can get through their day”.

The intake of CBD-based drinks may be changing the way we think of using cannabis, because CBD has no psychoactive effect, meaning the user should not feel high after ingesting it.  Instead, CBD beverages may support better living without the negative side effects of consuming marihuana or its main psychoactive component THC.

CBD beverages are not just used to help with medical issues, but also as a dietary supplement among other applications.  We found the best tasting example of this is Hemplify, a CBD infused drink created by the Tinley Beverage Co. that focuses on improving the nutrient and CBD absorption process in the digestive system. The company states its beverage is also infused with 9 vitamins, omega 3, potassium electrolyte and is sugar free.

A trend seems to be growing and is gaining ground on the supplement or naturopathic market, which ultimately can reach more consumers than the medical market.

CBD oils gaining traction among people in the USA, especially in the states where cannabis production and distribution have been legalized. The use of CBD in a beverage as a supplement are targeted predominantly to health and fitness-conscious consumers that believe in the benefits of CBD but prefer it in a refreshing, hydrating product format.

The perceived benefits of a constant intake of CBD beverages are the reduction of pain, anxiety, cholesterol levels and blood pressure, improvement of the immune system and energy levels, and reduction in inflammation among others. It is also believed that CBD helps to recover the wellbeing of hair, skin and organ functions.

With these benefits, it is not a surprise that the CBD supplement market is rapidly growing and is beginning to get the attention of some of the largest supplement and beverage companies in the world.  That is usually a good sign for consumers or investors who pay attention to new trends.

Investing in cannabis products appears very promising nowadays, especially since American legislation is opening the doors to actually making legal money out of this market –hopefully, on November 8, 2016. So far a great number of companies have significantly increased their market capitalization over the last few years by selling cannabis-based supplements.

It is important to note that the marihuana stocks have been on the rise due to the change of preconceptions that exist in the USA and all around the world. Why not invest in such new lucrative market? It could become the biggest industry in the world in the very near future.

2016-11-04
investmentvaluefinders
Share
Previous Cannabis legalization can open up investment opportunities
Next California Proposition 64: What to expect?