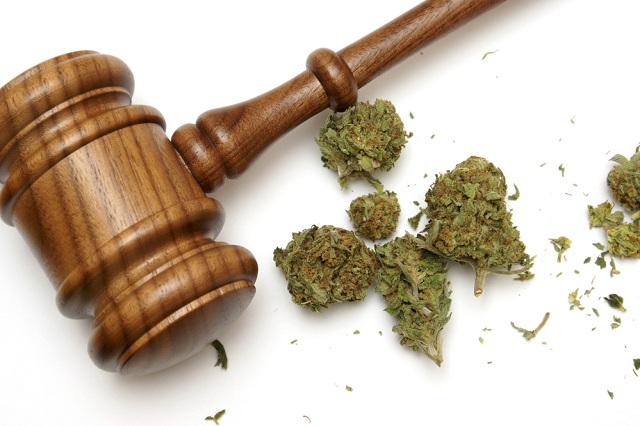 The discussion on cannabis legalization for recreational purposes is a hot topic; now, more than ever, cannabis companies are more attractive to invest in.

Nowadays, in the US, a few states have accepted it as a legal substance, not only for medical purposes but for recreational ones: Alaska, Oregon, Colorado and Washington.

It has been argued that marijuana may not affect one’s health as negatively as tobacco or alcohol; and this has helped to broaden the minds of voters in the upcoming US election on November 8. The upcoming US election will decide the fate in that state to allow legal consumption of cannabis for recreational use.

What is a fact, is that cannabis legalization is expected to open up market and investment opportunities unseen since the dawn of the internet in the 1990’s: it will become a huge industry, and there are opportunities to invest in the early stages of companies focused on cashing in on cannabis.

Those that invest properly could end up being the most intelligent investment decision they have ever made. Let’s see why.

The discussion is vibrantly alive and California among other states have opened the doors to a whole new adventure of where to invest: according to the latest polls, there is a majority chance that on November 8 the Marijuana Control, Regulation, and Education Act (also known as California Assembly Bill or Assembly Bill) will be approved. This Act regulates the sale of cannabis, not only for medical purposes but also for recreational purposes, widening the possibilities to have an open and unlimited market.

California is a state where today major cannabis plantations can be found –even bigger than in Washington or Colorado–, and that has attracted major investment even though the question about its legality is still in the air. The new Bill, if passed, will determine that cannabis can be cultivated, distributed, sold and consumed in California by adults aged 21 and older.

This potentially is a massive business, so big that the state of California is contemplating implementing a 15% sales tax to generate additional billions per year in revenue for the government.

Nowadays, stocks of cannabis companies are becoming more and more appealing due to the fact that, in the very near future, it is very likely that it will be legal for recreational purposes, and that it will be sold openly, therefore, generating big revenues in the future.

Penny Stocks, specifically focused on the marijuana industry, are attracting all sorts of investors’ attention. Although they are a risky investment, investors appear to be buying in like they did in the 90’s with internet companies.

The question is to decide where to invest and how to invest. Always consult a professional financial advisor before buying any stocks. Consult with your advisor to help you to understand, facilitate and direct all your needs, questions and doubts to where to put your money in cannabis investments that suit your financial profile and risk. Finding the best company to invest in, makes all of the difference between a serious loss and a thousand percent gain.

Cannabis use and consumption

Even though the use of cannabis for medical purposes has been accepted across the majority of American states, it is still illegal on the federal level and the recreational use of it still causes skepticism.

There are no questions cannabis contains some benefits when used for medical purposes: it is a natural painkiller, it is a natural suppressant for nausea, it helps to prevent glaucoma, it lowers tremors caused by Parkinson disease and other sicknesses, and it helps people suffering certain forms of epilepsy, among other benefits. However, in respect to its recreational use, cannabis to date has been dismissed as something not entirely appropriate to use.

However, studies have shown that regular use of alcohol and tobacco leads to many different diseases and health issues, so why would cannabis still be illegal? Usually big corporations are behind the lobby –industries such as big pharma and alcohol could be financially impacted by cannabis, since the average user will be able to grow their own medicine or narcotic with ease.

What if you don’t smoke and you don’t drink alcohol?  A new movement has begun to blend cannabis with non-alcoholic drinks. Is there a completely natural beverage that tastes great with a number of vitamins included? Sounds like a win/win combination for those that don’t commit the usual sin. This is a brand new market that could change the way we see cannabis use. This might be something worth checking out.

The Tinley Beverage Co., for example, is producing some of North America’s first premium hemp extract drinks. Its name is “Hemplify”, and it contains ingredients common to other Cannabaceae family plant, including cannabis and hops.

Cannabis legalization is happening, and is happening now. If you wait too long, you might miss this coming huge market that will certainly open new investment opportunities in the stock market.

2016-11-02
investmentvaluefinders
Share
Previous The value of Precious Metals, beyond the price
Next The CBD Beverage Revolution