Canadian cannabis producer Canopy Growth slashed approximately 8% of its workforce Tuesday as part of sweeping changes across the company designed to help stem recent losses and nudge the struggling company to profitability, MJBizDaily has learned.

The latest round of layoffs amounts to 245 people, according to the company, and comes as Canopy struggles with falling sales in Canada. The company has yet to turn a profit.

In a news release late Tuesday, Canopy acknowledged the reduced head count and said it expects the adjustments to generate up to 150 million Canadian dollars ($117 million) in savings in 12 to 18 months.

The Smiths Falls, Ontario-based company also warned the latest measures would result in noncash charges worth CA$250 million to CA$300 million in the fourth quarter of this year, mostly stemming from write-downs of excess inventory.

In addition, Canopy expects to incur between CA$100 and CA$250 million in noncash impairment charges, driven by goodwill and intangible asset impairments.

The newest layoffs mean roughly 1,600 people at Canopy have lost or left their jobs since 2020, David Klein’s inaugural year as chief executive.

According to a recent research note by New York-based financial services firm Cantor Fitzgerald, Canopy’s market share in the January-March quarter fell to just 7% from more than 11% one year ago, citing data from analytics company Hifyre.

The note said Canopy’s recreational cannabis sales tumbled 23% in the markets tracked by Hifyre versus the October-December quarter.

The latest job cuts come months after Canopy announced the planned closure of one of its flagship cultivation facilities, a sprawling 23-acre property in Niagara-on-the-Lake, Ontario, late last year.

That move also resulted in dozens of job losses.

The latest cuts come on top of previous cost-cutting worth CA$150 million to CA$200 million, Canopy said, most of which the company has achieved.

“As a result of these challenging but necessary changes to the organizational structure, dedicated team members will be impacted as the company operates with a reduced headcount moving forward,” Canopy said in the release, issued late Tuesday. 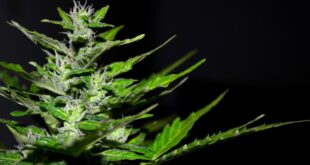 Regulations have been strict in Hawaii, hampering the growth of the state’s medical marijuana industry, …