It’s a great time to get a raise on Wall Street: Morning Brief

investmentvaluefinders 27 July, 2021 Investment Opportunities Comments Off on It’s a great time to get a raise on Wall Street: Morning Brief 178 Views

For workers at all levels of the labor market right now, it’s a great time to get a raise, or go find another job that will pay you more.

And Wall Street is no exception.

Big banks have been leading the charge this week getting second quarter earnings season underway, and many of them have had something to say when it comes to paying and retaining their talent.

“We are going to be competitive in comp, no matter what it takes,” JP Morgan (JPM) CEO Jamie Dimon said on the company’s earnings call Tuesday morning. “Just keep that in the back of your mind.” Dimon’s comments came in response to a question from Autonomous Research analyst John McDonald about the bank’s expenses in the coming quarters.

Solomon added that his bank will “continue to pay competitively and pay for performance… With respect to salaries, we evaluate salaries and regular course every single year. And when appropriate, we make sure our salaries are competitive. So we continue to thrive by having the best people here and paying them appropriately, especially when we perform… And I would tell you to expect to see us pay appropriately during our normal cycle.”

Goldman, of course, is in many ways the patient zero of what has now been a months-long conversation about pay for junior bankers in Wall Street circles.

Back in March, a slide presentation drafted by analysts at the firm made the rounds and outlined what analysts called “inhumane” conditions. At the time, Goldman said the demands it was placing on junior investment banking staff were in response to a booming deals market; in the second quarter, Goldman’s investment banking revenues totaled $3.61 billion, a 36% increase over the same quarter last year.

Since the Goldman presentation leaked, we’ve seen Wall Street firms — including Barclays (BCS), JP Morgan, Bank of America (BAC), and Citi (C) — all increase base pay for junior bankers. Other firms like Credit Suisse (CS) and Wells Fargo (WFC) have offered one-time bonuses to their junior staff. Additional rewards across the industry include Peloton (PTON) bikes and all expense paid vacations.

And this push to increase pay in the financial industry doesn’t appear limited to traditional investment banking groups, typically the most demanding within a firm, but the ones that can offer the largest rewards when bonus season rolls around.

Asset management giant BlackRock (BLK) announced Wednesday, for instance, that it would increase base pay for all workers up to and including director level staff by 8%, effective Sept. 1.

“We strive to cultivate an environment at BlackRock where employees feel supported and have a diverse and inclusive environment where they can thrive and grow and build a career and life,” BlackRock CEO Larry Fink said on the company’s earnings call.

Of course, for most of these firms even highly-publicized compensation announcements don’t amount to much more than a rounding error. BlackRock CFO Gary Shedlin said on the company’s call this one-time salary increase could be “roughly 20 basis points or thereabouts on both comp and margin impact.” BlackRock’s net income in the second quarter totaled $1.55 billion.

And in the end, it’s hard to get too excited about the professional demands of 20-something investment bankers pulling down six figures. As Don Draper famously said in “Mad Men”: That’s what the money is for!

But that firms are having compensation conversations as frequently and openly as we’ve seen in recent months makes it clear the financial industry is feeling pressure from its staff to make continued employment worth their while. And it shows the industry is not immune from the forces being felt by employers all across the economy right now.

2021-07-27
investmentvaluefinders
Share
Previous Newfront and ABD Enter Agreement to Combine to Build the Modern Insurance Experience
Next Do You Trade Canadian Marijuana Stocks? 2 You Should Know About In 2021 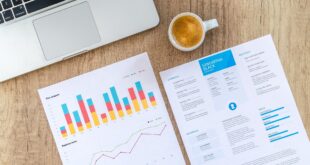 The best investments in 2021 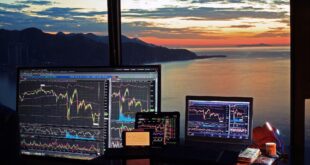 Starting Social Security at 62 Could Net You an Extra $20,000 in This Situation

There are few hard-and-fast rules when it comes to Social Security. You may have heard …