investmentvaluefinders 5 November, 2019 Industry News Comments Off on 5 of the biggest surprises that have weighed on the cannabis industry 841 Views 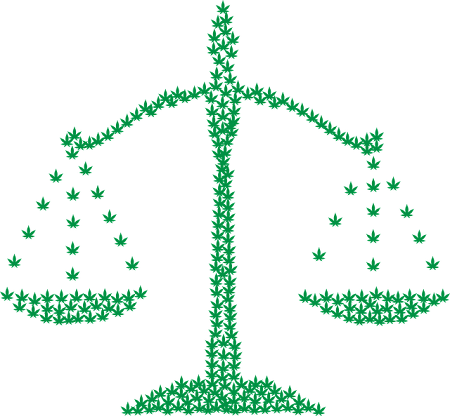 U.S., November 1, 2019 (The Motley Fool)- It’s been a little over a year since Canada legalized marijuana for recreational use. Oct. 17 also marked the opening of the new cannabis market in Canada that will include beverages and other derivatives, although products won’t be available to purchase until at least December. While there will be some challenges ahead for the new segment of the cannabis market, it’s hard to imagine the next 12 months will be as hectic as the past year has been.

Let’s look at five of the biggest surprises that have weighed on the industry since legalization took effect in Canada.

It’s hard to start anywhere else but with the biggest issue in the industry, and that’s the trouble that cannabis producer CannTrust Holdings (NYSE:CTST) ran into with Health Canada for illegally growing cannabis. From building fake walls to having multiple sites running afoul with regulators, there’s been a constant stream of negative press surrounding the company. The company’s license to sell pot was suspended, leaving CannTrust’s future in limbo.

While CannTrust isn’t the only company to run into trouble with regulators, as Curaleaf Holdings (OTC:CURLF) and others have also gotten into trouble for being too aggressive with respect to advertising, the CannTrust scandal has been the most damaging. Not only has it put investors on edge wondering if other marijuana stocks could be cutting regulatory corners, but it’s also caused CannTrust shares to fall by an incredible 75% since July.

In July, Canopy Growth (NYSE:CGC) let go of its CEO, Bruce Linton. He was a leading figure not only for the company but for the entire industry. And while there may have been frustration with the company’s mounting losses, the move still came as a big surprise. Had it not been for the influence of key shareholder Constellation Brands (NYSE:STZ) on the company’s operations, it’s likely that Linton would still be running the show at Canopy Growth.

The firing not only represented a change in direction for Canopy Growth, but it also signaled that shareholders were no longer content with sales growth alone. For Constellation Brands, this proposition meant it was bankrolling a cash-burning business. But for investors, an unprofitable business that doesn’t have a big investor funding it can cause a company to constantly issue shares to keep funding its operations, which causes dilution. That can do a lot of damage to the share price.

A lot of growth was expected in the industry — perhaps too much. And some of those expectations have started to be readjusted as companies have struggled to stay on track. And it hasn’t just been Canopy Growth frustrating its shareholders: Aurora Cannabis (NYSE:ACB) has also been releasing underwhelming results, with its most recent earnings report failing to even meet its own numbers, let alone those of analysts.

That scenario has been all too common for the industry. While sales growth has been a given, profitability, and the ability to meet expectations have been a whole other story.

One of the contributing factors to the poor sales numbers is that the rollout of the retail model in Canada hasn’t lived up to expectations. Ontario, the most populated province in the country, didn’t have retailers up and running until April. Most recently, it conducted a second lottery that allowed the number of retail stores to rise from 25 to 50. By comparison, Alberta, which has a fraction of Ontario’s population, has approved more than 300 retailers.

It’s been a disappointing development with a big impact on the industry’s success in Canada. The good news for the rollout of the new cannabis market is that it won’t have to deal with those same issues out of the gate.

Vaping has been a key area that cannabis companies in Canada have been eyeing, noting the success it has enjoyed in U.S. states that have legalized pot. However, with users becoming sick and even dying as a result of vaping, the rollout of the new cannabis market could feel a negative impact.

While it’s too early to tell whether the vaping controversy will weigh on consumers’ minds, it’s still more controversy that the industry could have done without.

What does this mean for investors?

Canada’s cannabis industry has been full of problems, and they aren’t all sorted out just yet. While it’s one year in, the Canadian market still has a long way to go, and investors may be better off simply investing in a U.S. hemp stock like Charlotte’s Web (OTC:CWBHF) instead. The company has been doing a terrific job of growing throughout the country and has been able to consistently post profits along the way. While its sales may be more modest than what a bigger marijuana company like Canopy Growth has been able to achieve, Charlotte’s Web makes up for that by giving investors a much more stable stock to invest in since the company doesn’t have to worry about vaping scandals or other problems facing marijuana stocks today.

Here’s The Marijuana Stock You’ve Been Waiting For

A little-known Canadian company just unlocked what some experts think could be the key to profiting off the coming marijuana boom.

And make no mistake – it is coming.

Cannabis legalization is sweeping over North America – 10 states plus Washington, D.C., have all legalized recreational marijuana over the last few years, and full legalization came to Canada in October 2018.

And one under-the-radar Canadian company is poised to explode from this coming marijuana revolution.

Because a game-changing deal just went down between the Ontario government and this powerhouse company…and you need to hear this story today if you have even considered investing in pot stocks.