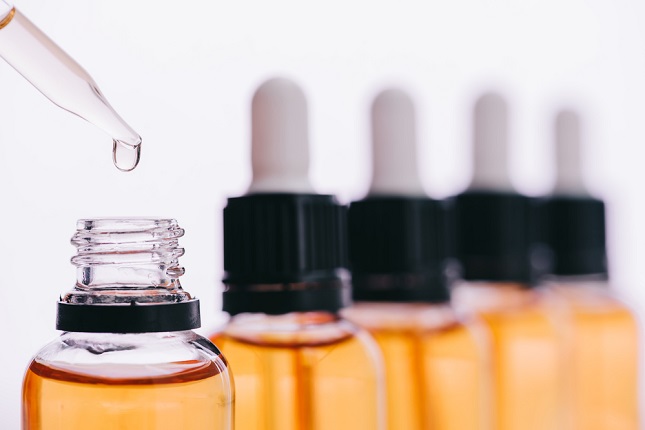 UK, July 18, 2019 (ANALYTICAL CANNABIS)- Cannabidiol (CBD) should be investigated as a treatment for Angelman syndrome in humans, say scientists from the University of North Carolina, after a recent mice model experiment of theirs returned promising results.

Their study claims that CBD dosing was able to reduce seizures and abnormal electroencephalogram (EEG) brain activity readings in a mouse model of Angelman syndrome.

The study has not yet been peer-reviewed, but if the findings are found to be valid, this could provide a solid foundation for the argument of using CBD as an adjunctive treatment for the syndrome.

What is Angelman syndrome?

Angelman syndrome is a complex genetic condition, caused by deletions or mutations of the maternally inherited UBE3A gene. Ordinarily, people inherit one copy of the UBE3A gene from each parent and both copies are active in many of the body’s tissues, but the maternal copy (inherited from the person’s mother) is uniquely active in certain regions of the brain. If the maternal copy of the UBE3A gene is lost or mutated, as is usually the case with Angelman syndrome, then those people will lack any active copies of the gene in these regions of the brain.

It’s worth noting that in a small percentage of cases Angelman syndrome can result from other genetic mechanisms, such as the inheriting of two paternal copies of chromosome 15. But most commonly, it is caused by a direct deletion or mutation within the maternal copy of the UBE3A gene itself.

Signs of Angelman syndrome begin to show at around 6-12 months old, starting with relatively minor characteristics, such as the young child being unable to sit unsupported, or making babbling noises. As the child ages, they may not be able to speak at all, though many people with the syndrome will learn how to communicate well using gestures or forms of sign language.

Also common among the early symptoms are problems with balance and coordination (ataxia), stiff and jerky movement, and hyperactivity. Around 85 percent of people with Angelman syndrome will also develop epilepsy, with the first seizures usually beginning between the ages of 18 months and 3 years.

There is no cure for Angelman syndrome, though with the help of anti-epileptic medications, physiotherapy, and communication therapy or sign language lessons, people with the syndrome are able to live a healthy life of good quality. Some of the symptoms, such as hyperactivity, also lessen naturally with age.

However, for a great many adults and children with the syndrome, their seizures are refractory to existing epilepsy medications and taking these drugs offers them no relief.

Given the previous success of CBD in treating other drug-resistant forms of epilepsy, such as Dravet syndrome or Lennox-Gastaut syndrome, the researchers here from the University of North Carolina decided to investigate the use of CBD in satisfying this unmet need for better seizure control in people with Angelman syndrome.

Much like humans, mice with a maternal loss or mutation in the UBE3A gene will exhibit epileptic phenotypes and other behavior patterns similar to Angelman syndrome. The researchers used mice with this gene anomaly (AS-like mice) and compared them in a variety of situations to their wild-type (WT) littermates to examine the responses of both groups to acute and two-weeklong courses of CBD treatment.

Using a flurothyl seizure model, AS model mice responded similarly to their WT littermates during the initial seizure inductions and the subsequent week of kindling, but at a re-test a month later, the AS model mice demonstrated a markedly increased sensitivity to flurothyl-induced seizures compared to the WT mice. Elevation of core body temperature also triggered seizures in AS mice but not in WT mice, which the researchers say resembles clinical observations in which people with AS are more susceptible to seizures with moderate increases in body temperature.

AS mice also had an elevated seizure response to acoustic stimuli, as compared to their WT littermates. Once again, an acute dose of 100 mg/kg CBD was able to reduce the severity of the seizures and significantly reduce their frequency. A lesser dose of 50 mg/kg was also able to successfully reduce the seizure severity in a dose-dependent fashion.

The researchers state that individuals with AS are often observed to have a higher EEG power across all frequencies (especially so in the delta range) as compared to neurotypical controls, and so they also conducted experiments with the AS and WT mice to investigate this.

Once again, the human observations translated well to the AS model mice, as they also had more powerful EEG readings, particularly in the delta but also the theta activity ranges, than those in the WT mice. CBD treatment was able to reduce the elevated delta and theta activity, normalizing both to the levels observed in WT mice with the only observable side effect being slight weight gain.

CBD as a treatment for Angelman syndrome

This paper is the first to show that CBD is able to reduce both acoustically- and hyperthermia-induced seizure severity in AS model mice, and so suggests that CBD could be effective in treating the multiple concurrent seizure types found in AS individuals.

In addition, researchers found that CBD treatment often exhibited a mild sedative effect. While the AS mice model is generally similar to AS-like behavior in humans, AS model mice tend to display hypoactivity, whereas AS-like individuals are often hyperactive. As a result, the researchers suspect that an equivalent human CBD dose could help to combat this hyperactivity, though this certainly hasn’t been proven by the mouse model.

“The study lends critical support for using CBD to treat seizures, along with behavioral and EEG abnormalities in AS,” write the researchers in their paper, “and [the paper] expands the potential beneficial spectrum of CBD.”

The researchers say their results provide “critical preclinical evidence” that they hope will help support the rational development of CBD as a therapeutic treatment for people with Angelman syndrome.