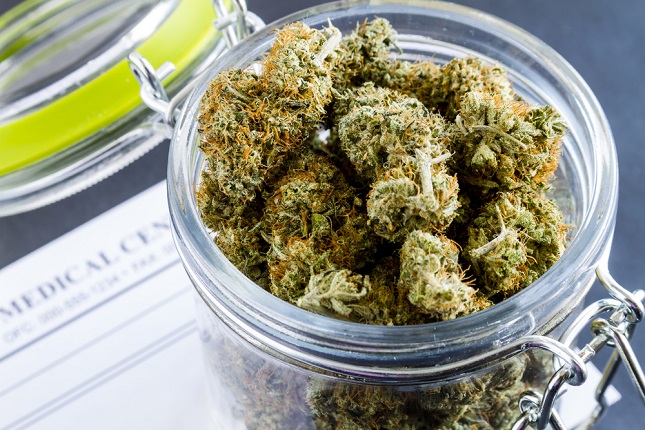 “It is a high honor for us to welcome Dr. Larry Kaiser as the Chairman of our top-notch Scientific Advisory Board. We view his willingness to lend his time and guidance as we advance our efforts of pursuing R&D of novel cannabinoid-based and opioid-sparing therapies targeting the human endo-cannabinoid system an endorsement of FSD Pharma’s synthetic cannabinoid specialty pharmaceutical strategic outlook,” said Raza Bokhari, MD, FSD Executive Co-Chairman & Chief Executive Officer.

“I am delighted to Chair the Scientific Advisory Board of FSD Pharma, which is represented by a diverse group of remarkable researchers and clinicians in the medicinal cannabis space. FSD Pharma’s strategic intent to advance R&D of FDA approved clinical trials of synthetic & biosynthetic cannabinoids compounds is very compelling and I am looking forward to assisting the company meet its objectives,” said Larry Kaiser, MD, FACS.

“I am delighted to welcome Drs. Kaiser, Friedman, Mackie and Ward to the FSD Pharma Scientific Advisory Board, where they join some of the country’s most distinguished thought leaders in the clinical development of medicinal cannabis therapeutics. The depth and breadth of knowledge of this team is without equal and will be invaluable as our Biosciences Division advances under the leadership of Dr. Edward Brennan. This Division is pursuing R&D of novel cannabinoid-based and opioid-sparing therapies targeting the human endo-cannabinoid system,” said Raza Bokhari, MD, FSD Executive Co-Chairman & Chief Executive Officer.

Dr. Kaiser is the Dean, Lewis Katz School of Medicine at Temple University, President & CEO of Temple Health System and Senior Executive Vice President for Health Affairs at Temple University in Philadelphia, and was named one of the “50 Most Influential Clinical Executives” for 2019 by Modern Healthcare. Before joining Temple University in 2011, Dr. Kaiser served as the President of the University of Texas Health Science Center at Houston. He graduated from Tulane University School of Medicine and completed a residency in general surgery as well as a fellowship in surgical oncology at UCLA. Dr. Kaiser then completed a residency in cardiovascular and thoracic surgery at the University of Toronto. Following faculty appointments at Memorial Sloan-Kettering Cancer Center and the Washington University School of Medicine, Dr. Kaiser joined the University of Pennsylvania in 1991, where he held positions including Associate Professor of Surgery, Chief of General Thoracic Surgery, Founder and Director of Penn’s Lung Transplantation Program, and Director of its Center for Lung Cancers and Related Disorders. In 2001 he was named the John Rhea Barton Professor and Chairman of the Department of Surgery and the University Health System’s Surgeon-in-Chief.

Dr. Kaiser is the author or co-author of 16 books and more than 300 peer-reviewed papers, and is a member of every major surgical society. In 2005 he was elected to the National Academy of Medicine (formerly the Institute of Medicine of the National Academy of Sciences). His recent honors include citations in Castle Connolly’s America’s Top Doctors for Cancer, Who’s Who in the World and Philadelphia magazine’s “Top Doctors,” among others. Dr. Kaiser maintains time in his schedule at Temple for a limited surgical practice.

Dr. Friedman is Professor and Interim Chair of Dermatology and serves as Residency Program Director, Director of Translational Research and Director of the Supportive Oncodermatology Program in the Department of Dermatology at The George Washington University School of Medicine & Health Sciences. He graduated with Distinction in Dermatologic Research at the Albert Einstein College of Medicine in New York. Dr. Friedman is currently investigating novel nanotechnologies that allow for controlled and sustained delivery of a wide spectrum of physiologically and medicinally relevant molecules with an emphasis on treating infectious diseases, accelerating wound healing, immune modulation and correcting vascular dysfunction. He holds multiple patents derived from these investigations and has published over 170 papers/chapters and two textbooks on both his research as well as a variety of clinical areas in dermatology with an emphasis on emerging medical therapies, including various cannabinoids. He has received multiple awards and has been on the Washingtonian Top Doctors list since 2017. Dr. Friedman’s clinical interests span the gamut of medical and pediatric dermatology. He is frequently cited as an expert in the potential application of cannabinoid-based therapies to dermatologic disease.

Dr. Mackie is Professor and Linda and Jack Gill Chair of Neuroscience in the Department of Psychological and Brain Sciences at Indiana University, and Adjunct Professor of Anesthesiology at the Indiana University School of Medicine. Dr. Mackie earned his MD at Yale University and completed his residency in anesthesiology at the University of Washington. Trained as a clinician-scientist, his research for the past 25 years has focused on identifying GPCR signaling pathways, investigating the regulation of these pathways and understanding cannabinoid receptor function in health and disease. Throughout this time, he has served as training faculty on T32 grants both at the University of Washington and Indiana University, and has worked on several collaborative and interdisciplinary studies. He has been a member of the American Society of Anesthesiologists since 1987 and a member of the International Cannabinoid Research Society since 1992. He is a recipient of the Mechoulam award for lifetime contributions to cannabinoid research and has been twice recognized by Thompson-Reuters/Clarivate Analytics in the Top 1% of cited researchers. Dr. Mackie is a Member of the Editorial Board of Cannabis and Cannabinoid Research.

Dr. Ward is Assistant Professor in the Center for Substance Abuse Research and Department of Pharmacology at the Lewis Katz School of Medicine at Temple University. She earned her PhD in neuroscience at Wake Forest University, studying the neurobiology of cocaine and heroin addiction and their interactive effects. She conducted her own NIH-funded research under a postdoctoral fellowship at the University of North Carolina at Chapel Hill and Temple University, where she began to study the role of cannabinoids in learning and memory and reward processing. Dr. Ward is currently working on several projects to elucidate the therapeutic potential of non-psychoactive cannabinoids using animal models of CNS injury and disease. She has received funding from both the National Institutes of Health and Department of Defense investigating the efficacy of cannabidiol for the treatment of peripheral and central neuropathic pain. Other projects ongoing in her laboratory investigate the efficacy of cannabidiol and synthetic cannabinoids on a range of nervous system targets including stroke, traumatic brain injury, dental pain and substance use disorders.

FSD Pharma is focused on the research and development of novel cannabinoid-based treatments for several central nervous system disorders including chronic pain, fibromyalgia and irritable bowel syndrome, and on the development of the highest quality indoor grown, pharmaceutical-grade cannabis. The Company is licensed to cultivate cannabis in approximately 25,000 square feet.

FSD’s wholly-owned subsidiary, FV Pharma, is a licensed producer under the Cannabis Act and Regulations, having received its cultivation license on October 13, 2017 and its full Sale for Medical Purposes license on June 21, 2019. FV Pharma intends to cover all aspects of the cannabis industry, including cultivation, legal, processing, manufacturing, extracts and research and development. For additional information on the company, please visit www.fsdpharma.com.

Neither the Canadian Securities Exchange nor its regulation services provider accept responsibility for the adequacy or accuracy of this release.