investmentvaluefinders 9 October, 2019 Industry News Comments Off on Agencies are waiting for more info about the cause of health problems related to vaping 947 Views 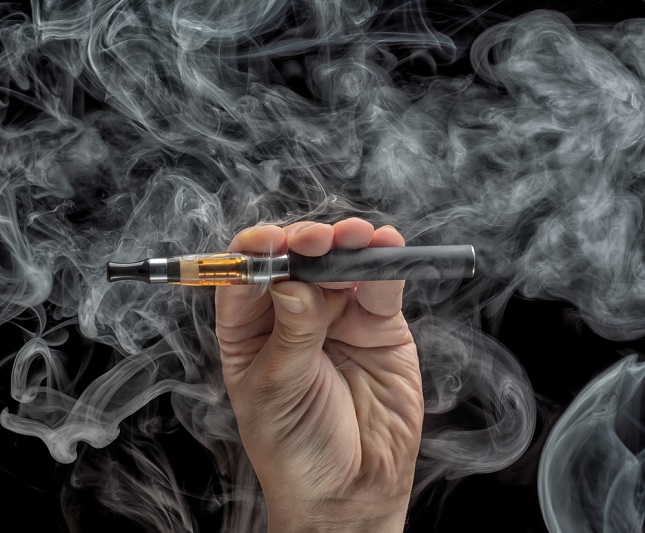 U.S., October 4, 2019 (GREENENTREPENEUR)- Most agencies are waiting for more info when it comes to the cause of health problems related to vaping.

State regulators overseeing the legal marijuana industry are adopting a wait-and-see stance as the industry determines what exactly is causing the health problems related to vaping, although California has come down more decisively against vaping of all forms.

For the most part, regulators in more than a half dozen states are reacting cautiously while public health officials work to identify the cause triggering hundreds of illnesses and seven deaths connected to e-cigarettes and marijuana vaping devices, in both the legal and illegal markets.

“There are all these different issues that are taking place that are being merged into one issue,” Simon said.

Regulators should emphasize the amount of regulatory compliance and strict testing standards legal cannabis products are under, Simon added.

“That should be the whole impetus behind why people should shop in the regulated market and why regulators should open up more opportunities for regulated markets to thrive,” he said.

Marijuana Business Daily surveyed actions taken by state cannabis regulators across the country to determine how regulatory bodies have responded to the vaping health scare. Here’s a sampling.

According to California Department of Public Health (CPDH) spokesperson Theresa Mier, CPDH has not sent specific notifications to its licensees.

Shannon Gray, spokesperson for the Colorado Department of Revenue, said her agency, the Department of Public Health and Environment (CDPHE), and the Marijuana Enforcement Division (MED) are paying close attention to the reports of illnesses linked to vaping.

“Our priority is to protect public health and safety,” she wrote in an email to MJBizDaily.

“If a direct link is found specific to Colorado regulated marijuana, marijuana product and/or marijuana concentrate contributing to the reported vaping illnesses, MED will take action to alert licensees and consumers, and to identify and segregate impacted inventory through our marijuana inventory tracking system to prevent further sales of affected product to consumers.”

The Massachusetts Department of Public Health is requiring health workers to report any suspected cases of vaping-related lung disease to state health officials.

State regulators are proposing a measure to require marijuana companies to disclose all ingredients in vape cartridges sold in legal stores.

Michigan Gov. Gretchen Whitmer ordered the state health department to issue emergency rules that will prohibit the sale of flavored nicotine vaping products, including to adults, and the misleading marketing of e-cigarettes, according to the Associated Press.

No clear guidance was given on marijuana products.

That followed New Jersey Gov. Phil Murphy announcing a task force on vaping that is due to file recommendations in the next three weeks.

“The only safe alternative to smoking is not smoking. Period. Full stop,” Murphy said.

New York Gov. Andrew Cuomo is pushing to enact a statewide ban on the sale of flavored e-cigarettes.

According to Jill Montag, spokesperson for the New York State Department of Health, on Sept. 7, the health department advised the state’s cannabis companies do the following:

“If patients ask about the guidance or otherwise express concerns, staff at dispensing facilities may wish to inform them that the Department has been in touch, that the registered organizations have New York State-licensed pharmacists on staff able to assist patients, and that the rigorous testing conducted by the Medical Marijuana Program gives us confidence in product safety.

“In addition, since the investigation began there have been no adverse events reported to the Department involving vaped Medical Marijuana Program products.”

On Sept. 12, the Oregon Liquor Control Commission provided its recreational marijuana licensees with guidance regarding the inventory and sale of marijuana products that public health officials are scrutinizing in their investigation of the national vaping-related crisis.

In a letter to licensees, Executive Director Steve Marks asked processors and retailers to take a series of voluntary steps to review vaping devices and vaping cartridges containing additives that may be of public concern.

Licensed retailers are encouraged to review their vaping products – and if they think product labels lack clarity, they should consider asking product manufacturers to provide additional information.

The OLCC is also asking retailers to post a consumer information bulletin based on information from the Centers for Disease Control and Prevention.

The Pennsylvania Department of Health warned against vaping illegally obtained products in a release that was sent directly to medical marijuana licensees, according to Nate Wardle, spokesperson for the department.

“One of the largest concerns with vaping is that we do not know many of the chemicals and additives contained in the products,” said Secretary of Health Rachel Levine in the release.

Although Pennsylvania authorities were investigating more than 40 illnesses in connection to the vaping crisis, no cases have been associated with medical marijuana bought at a Pennsylvania dispensary.

According to Brian Smith, spokesperson for the Washington State Liquor and Cannabis Board (LCB), state regulators are “working closely with the Department of Health and others on next steps. We meet soon with industry representatives and other states regarding the most effective steps.”