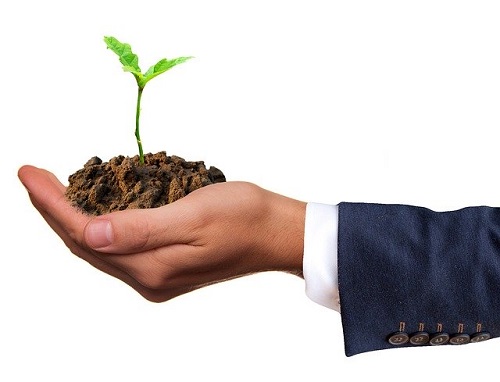 U.S., November 14, 2019 (Cannabis Tech)- As cannabis is an ancient crop cultivated by humans thousands of years ago, there are a variety of options to choose between while growing it. Discovering which one is right for you depends on location, personal history, and time available to maintain the grow.

KARHLYLE FLETCHERA passionate Detroit local, Karhlyle works everyday to establish ethical access to information on the national and city level. Medical, as well as technical research, is a driving passion of his, but he is also a published fiction author,…

Although deemed a fad by much of the media, cannabis and hemp have been used by humans for medicine, clothing, and much more for thousands of years. It’s one of the most versatile crops and doesn’t need much more than soil.

Due to this, outdoor grows in natural soil are a popular way to cultivate the crop in places such as California. In the right climate, growers can even germinate outside, as the weather is mild enough for seeds to survive easily. Growing in soil, specifically outdoors, is one of the most natural methods of growing cannabis.

Soil-base cultivators must monitor the ph level of the water they are adding to the soil. Additionally, it is not recommended to use extended-release soil, as nitrogen is something cannabis needs in the vegetative state, but not while flowering. Nutrient balance is essential and can be achieved either through purchasing proper soils or by making a custom super soil. Perlite is a common addition to dirt as it helps it retain water while also allowing for enough oxygen.

Pros of Growing Cannabis in Soil

Cons of Growing Cannabis in Soil

•           Natural pests, especially in outdoor environments, are a problem when growing in soil

Through using alternatives to soil such as coconut fiber, cultivators can grow cannabis by supplying nutrients to their plants through water. This system is called hydroponics and is an effective way to grow cannabis as it speeds up the process.

When cannabis doesn’t need to develop extensive root systems, it grows much quicker. They also have bigger buds because the nutrients are directly available for the plants. This method requires a perfect combination of equipment and additives. If there’s an incorrect tilt or spacing in piping, bacteria, which threatens the health of the crop, can grow.

Pros of Growing Cannabis with a Hydroponic System

Cons of Growing Cannabis with a Hydroponic System

•           Needs to be done correctly or cultivators risk the harvest

By pairing a grow system with another system of aquatic life, a synergetic relation can help cause explosive growth. Despite being an aquatic-focused approach, aquaponics uses 90% less water than growing cannabis in soil.

It is relatively simple to convert a hydroponic system into an aquaponic system, and it can help growers save on water and fertilizer costs. An aquaponic system is expensive to set up, but it has many benefits. Not only does it produce better yields, but fish, such as shrimp or tilapia, which live in the environment, can be a secondary source of income.

Pros of Growing Cannabis with an Aquaponic System

Cons of Growing Cannabis with an Aquaponic System

•           May require separate chambers for flowering and vegetative states

•           Aquaponic cultivators have to maintain the health of their fish

Despite being the most expensive method of cultivation, aeroponics reduces grow time, allowing for an extra two harvests per year. Many companies rely on soil or hydroponic for large operations but use aeroponics to research strains.

Pros of Growing Cannabis with Aeroponics

Cons of Growing Cannabis with Aeroponics

•           Building the facilities necessary can be expensive