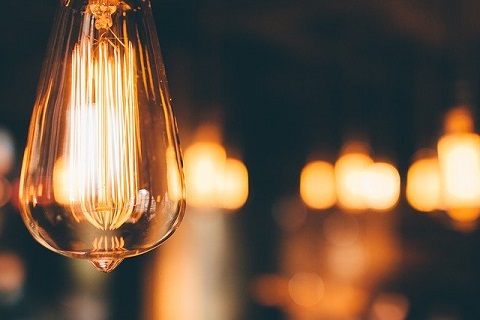 U.S., November 15, 2019 (CannabisTech)- The reliance on fossil fuels forces dependence on countries such as Canada or Saudi Arabia and encourages the world to risk ruining entire environments in pursuit of energy. Modern society is accustomed to constant, always-available energy. Since there is no going back from modernity, one must mitigate the damages instead of trying to remove them entirely.

KARHLYLE FLETCHERA passionate Detroit local, Karhlyle works everyday to establish ethical access to information on the national and city level. Medical, as well as technical research, is a driving passion of his, but he is also a published fiction author,…

Hemp batteries and hemp as a fuel source may sound far fetched to an average consumer, but those who are aware of hemp know the potential. These technologies don’t need to be invented, but like hemp plastics, already exist and are waiting to be adopted by the market.

Robert Murray-Smith and Steve have a video from 2016,  which shows how they built their hemp battery, and how it compares in performance to lithium batteries.

According to the tests they ran in 2016, Murray-Smith was able to find that hemp performed even better than Lithium batteries under stress. In 2019 they have already improved their process in hemp processing and preparation to make even superior batteries. They have improved output by 20% and found how to limit corrosion to the metal of the cell.

Another improvement, suggested by Karabetter, was to add some water to hemp ink to one layer of ink and then to layer ink unmixed with water over it. Hemp carbon is then sieved over the ink to add an even coating. All of them are then mixed to make a relatively thick, adherent layer of carbon coating, improving the performance of hemp as a fuel source even further.

WHY DOES HEMP WORK AS A BATTERY OR AS A FUEL SOURCE?

Not only is hemp able to conduct electricity, it can be made into materials as hard as steel, hemp is also a valid source of biodiesel fuel. While hemp powered batteries show great promise for the industry of the electric automobile, anything that runs off regular diesel can use biodiesel. While biofuel still deals with emissions and thus a carbon footprint, the process of producing such fuel is much cleaner.

In addition to this, hemp can be used to make ethanol, which is typically produced through using wheat-based crops, including corn. While these substances work to make ethanol, using hemp as the basis for the production of ethanol allows for food stores to be used for supplying food rather than being cut into to produce fuel.

Hemp’s ability to perform phytoremediation also poses a great benefit, where other crops need ideal soil to grow in, hemp can perform well in poor soil, and leave it in a better state after every harvest. Instead of taking from the food industry, relying on hemp to produce ethanol will improve soil quality and availability for other crops.

This fuel is also versatile and can be used to power a wide range of machines, including conventional consumer vehicles. Although ethanol is an imperfect solution to fossil fuels, at least it leans away from the addiction the world has on fracking.

Exxon’s oil spills aren’t news to anyone who has paid attention in the last decade, as they have caused massive pollution, which has killed millions of birds and other wildlife in a single incident.

Hemp production has no such effects, although pesticides and other materials used during grows may pose a threat to the surrounding ecosystem. However, if cultivators are responsible, then there is no higher risk than growing any other crop in the agricultural industry.

RELIANCE ON HEMP IS NOT AN INNOVATION, BUT A RETURN TO FORM

Although hemp led to an economic boom, humans have relied on hemp for thousands of years. It’s not that the modern industries should replace plastic, fuel, cotton, and other materials with hemp, but that they should revert their decision to replace hemp with these unsustainable and non-biodegradable substances.

Although biodiesel and ethanol produced from hemp is still being developed, and will likely need to wait for the hemp industry to mature for it to become economically viable, auto manufacturers like Porsche, Ford, and Honda are already incorporating hemp into their production. Hemp only takes months to produce while metals form over thousands of years, making hemp a cheaper substance to source, and because of the lightweight nature of hemp. It is also flexible and ideal for serval parts of manufacturing.

Considering that these titans in the car industries are already using hemp to build their cars, it will not be long until they start looking into incorporating hemp batteries into electric automobiles and offering hemp-based biofuel as an alternative to gasoline. It’s profitable, sustainable, and popular, so it’s only a matter of time.

The application of this technology is nearly endless, as it could be applied to simple household electronics or general heating. If the automobile industry adopts hemp as an energy source, though, it will significantly hasten the adoption of such energy sour