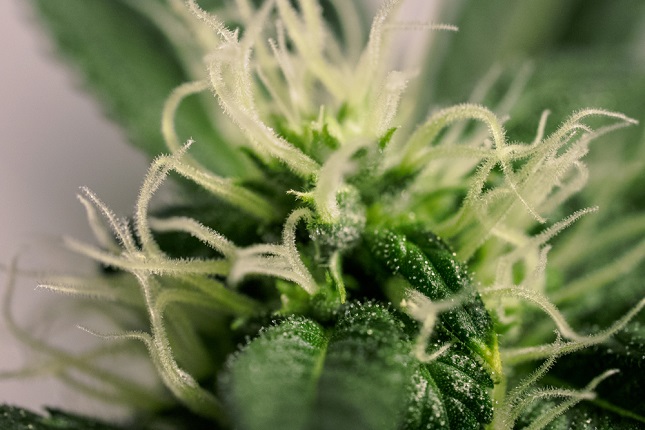 In the 55 years since he first isolated Delta-9-tetrahydrocannabinol (better known today as THC) with colleagues Dr. Yehiel Gaoni and Dr. Haviv Edery at Israel’s Weizmann Institute of Science, Dr. Raphael Mechoulam has been the absolute leader in the science of cannabis. He basically started that science from scratch with 5 kilos of Lebanese hash the police donated to his research after Mechoulam’s boss put in the request.

Even all these years later, when Mechoulam talks pot, the cannabis world stops with its ears wide open. This latest announcement from the legendary scientist was no different.

On Sept. 23 at the CannMed conference in Pasadena, California, Mechoulam was the main event. In his keynote, he went into deep detail on the science and chemistry of his latest work. That work was described by Health Europa as building a new family of synthetic, stable cannabinoid acids molecules. Mechoulam reported that the new cannabinoids have also shown a higher potency than their all-natural peers. With that extra kick, the new cannabinoids showed a lot of promise for increased therapeutic effects.

Some of the research Mechoulam discussed included a new cannabidolic acid called HU-580. Mechoulam believes the new compound could be more effective than CBD at treating conditions like depression.

“There are many things that are still not known in the field of cannabis. The plant produces a group of compounds called cannabinoid acids. The acids were not investigated until recently, not very thoroughly at least, because they are not stable; they break down,” Mechoulam said, according to Health Europa.

He went on to speak on the demands of the pharmaceutical space directing his work in recent years. So much of his career for the last century was about discovery, now it’s moving into a phase where he is attempting to maximize the benefits of those discoveries.

“Collaboration is absolutely a necessity. Cannabis and cannabinoids are not a tiny project — one compound for one disease — however, I show that it is really a very, very wide field of research,” Mechoulam said. “We need good new drugs in a large number of fields, and this is an open field for new drugs, new preparations. I believe there will be a lot of work in this field over the next decade or so, or maybe two decades.”

One of the companies in the U.S. working on synthetic cannabinoids is Demetrix, where the phrase “synthetic cannabinoid” is kind of a trigger word in their office, due to the fact that media reports have routinely mislabeled street drugs like Spice and K2 as “synthetic cannabis” or “synthetic marijuana.” Demetrix is licensed by the DEA to do research with pure cannabinoid compounds. The ultimate goal for them, company reps say, is to get to a scalable cannabinoid production method that will allow researchers not to rely on the inferior cannabis coming out of the National Institute on Drug Abuse’s farm at the University of Mississippi. Then, they’d obviously be well-positioned for wider applications for cannabinoids in the medical and cosmetic space in the future.

“The way we look at it from an economics perspective, should we work on the cheaper stuff or the more expensive hard-to-have stuff? The answer is you start with the harder-to-access stuff,” Demetrix’s CEO Jeff Ubersax told Cannabis Now. “I’d say of the hundred-plus cannabinoids, there is probably only 10 right now we could get in bulk. There are lots of those other ones we really can’t get to, that’s where we start.”

Like Mechoulam, Demetrix is synthesizing new cannabinoids, but they’re keeping their cards a bit closer to their chest than the pioneering scientist. Nevertheless, there is little doubt that the wider cannabis industry will have to reckon with the methods being developed by Mechoulam, Demetrix and a handful of other companies working on synthetic cannabinoids.