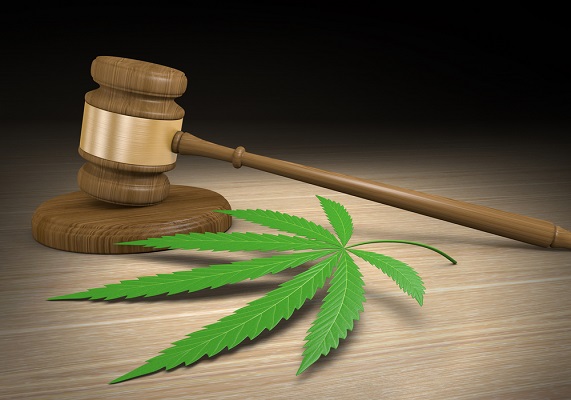 U.S., November 26, 2019 (MARIJUANA MOMENT)-  New Jersey Gov. Phil Murphy (D) announced on Tuesday that he will be working with lawmakers to advance legislation to decriminalize marijuana possession after the legislature failed to produce a passable bill to more broadly legalize cannabis.

While the question of legalizing and regulating sales is now expected to go before voters as a referendum on the 2020 ballot, removing criminal penalties for mere possession could prove more palatable to some lawmakers in the interim.

“Decriminalization of adult-use marijuana cannot be our long-term solution, but we now must turn to it for critical short-term relief while we await a ballot measure on legalization next November,” Murphy said in a press release. “Maintaining a status quo that sees roughly 600 individuals, disproportionately people of color, arrested in New Jersey every week for low-level drug offenses is wholly unacceptable.”

We must decriminalize adult-use marijuana while we await a ballot measure on legalization in November. Maintaining a status quo that sees roughly 600 individuals, disproportionately people of color, arrested in New Jersey every week for low-level drug offenses is unacceptable.

I look forward to working with Senate and Assembly leadership, as well as members of the New Jersey Legislative Black and Latino Caucuses, to pass sensible decriminalization legislation as soon as possible.

Although I remain disappointed in the Legislature’s inability to legislatively legalize adult-use marijuana, I am optimistic that the people of New Jersey will vote to do so. And, when they do, we will take a critical and long overdue step for real criminal justice reform.

The governor said he would coordinate with both chambers to ensure that decriminalization passes “as soon as possible.”

Previously, Murphy expressed skepticism about enacting simple decriminalization without having a regulated market for consumers, arguing that removing penalties for possession alone could give the illicit market a boost.

However, with the prospect of a legalization ballot initiative on the horizon, Murphy said he’s ready to achieve the modest reform in the meantime. He also said last week that he’s interested in pursuing expungements of past records in the lead up to next year’s election.

“Although I remain disappointed in the Legislature’s inability to legislatively legalize adult-use marijuana, I am optimistic that the people of New Jersey, who overwhelmingly support legalization, will vote to do so,” he said. “And, when they do, we will take a critical and long overdue step for real criminal justice reform.”

NJ.com first reported about ongoing discussions to pursue decriminalization in New Jersey on Monday evening, with sources saying they are uncertain about the proposal’s prospects for passage.

On Tuesday, Senate President Stephen Sweeney (D) said he’s “open to doing something because it’s gonna be a before we get [legalization] done. We’ve got to figure something out.”

“I don’t know what it looks like. I’ve got to understand how it’s gonna look,” he said. “My largest concern is that we just make the black market that much stronger.”

Meanwhile, Murphy is also in talks with the governors of other states in the region about ensuring that when they legalize cannabis, it’s done in a coordinated way to promote public safety and deter people from going across state lines to obtain different marijuana products taxed at varying rates. It remains to be seen how approaching legalization through the ballot process will impact that regional process.