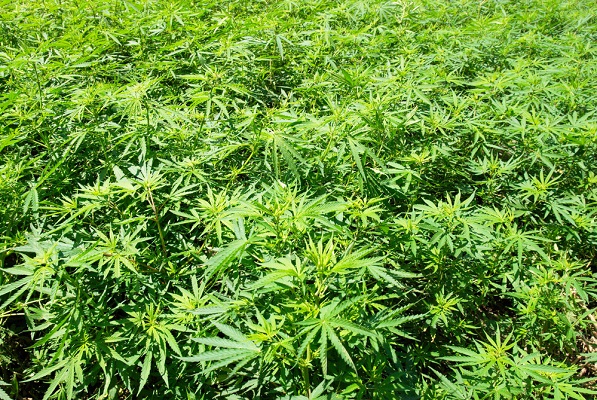 U.S., November 26, 2019 (Cannabis Now)- Cannabis may be legal in California, but illicit cultivation persists, especially in the National Forests, where it often takes a grave ecological toll. The CROP Project is now bringing together environmentalists, law enforcement and the legal cannabis industry to address the problem.

The adult-use cannabis market in Michigan officially opened for business this morning, Dec. 1.

A year has come and gone since Michigan voters passed Proposal 1, making the Wolverine State the tenth in the nation to legalize adult-use cannabis. Just 10 days after the law was verified, it became legal for adults in Michigan to possess 2.5 ounces of cannabis in public and 10 ounces at home. However, it has taken a year to get a licensed retail distribution system ready to go — and just barely, at that.

The only places selling cannabis to adults today in Michigan are medical marijuana dispensaries who have been approved for recreational sales. In fact, only three Michigan dispensaries are licensed to sell pot to adults today, according to the Detroit Metro Times, and they’re all in Ann Arbor. These dispensaries are now going to be able to sell products that have sat for 30 days or more on their medical shelves to any person over 21 years of age.

This strategy has an obvious dilemma: there will likely be big supply shortages in the adult-use cannabis industry. It’s ramping up to be a less than spectacular start.

But there’s a group of people who could solve the problem. They are legally growing more cannabis than they need, and until recently, Michigan let them sell to dispensaries.

The Plight of Medical Cannabis Caregivers in Michigan

Until recently, Michigan’s medical marijuana “provisioning centers” (as dispensaries are officially called there) had been in large part supplied by individually licensed medical cannabis caregivers. There are more 40,000 licensed cannabis caregivers across the state and each is allowed to grow up to 70 plants for five licensed patients.

But Gov. Gretchen Whitmer’s new state Marijuana Regulatory Agency (an arm of the Department of Licensing and Regulatory Affairs) announced in May that the provisioning centers would be “immediately” barred from purchasing cannabis from caregivers. Now, it was decreed, all cannabis products — bud, hash, concentrates or edibles — must be purchased from one of the approximately 20 state-licensed corporate growers and processors.

As Detroit Metro Times reported in May, this raised concern among medical users, both because the prices of the corporate producers are significantly higher than those of the caregivers, and because they were more likely to offer the bud favored by recreational consumers as opposed to the tinctures and concentrates favored by the medical market. Under the new regulation, caregivers may sell their products to the corporate growers and processors, but no longer directly to the provisioning centers. The added step would also mean a higher price for patients.

As the months progressed, regulators started to realize that the corporate producers would not be up to the task of meeting recreational demand on time. Partially, it seems, this is due to the slow and haphazard awarding of licenses. It takes at least four months to produce a cannabis crop, and state regulators didn’t license growers first. Instead, they approved licenses on a first-come-first-serve basis for all cannabis services, such as transporters and testers.

“The prices have been upwards of $4,000 per pound,” Schneider said. “Which is incredibly high, when you look at the rest of the country. It’s just because the demand is so high.” (This price is indeed well above the national average.)

On Nov. 13, the Marijuana Regulatory Agency told provisioning centers they could start transferring half of their inventory to the adult-use market on the first day of December. The agency had until this point resisted the move, hoping to assure supply for medical users. Even with the change, only products that have been on the shelves and available to consumers for over 30 days can be transferred to the adult-use sector.

An obvious answer to the dilemma is allowing the individual caregivers who have supplied up to 70% of the cannabis available at medical provisioning centers to similarly provide to the recreational dispensaries. But there has been resistance to this. Marijuana Regulatory Agency director Andrew Brisbo told the Detroit Free Press in October: “We will allow for caregivers who want to become licensed as a class A grower or a micro-business to bring their plants into the recreational market. But that’s the only mechanism that we’ll provide for at this point.”

In something of an understatement, Marijuana Regulatory Agency rep David Harns told Bridge, “This isn’t going to be a flip of the switch,” where everybody’s going to be able to sell adult-use cannabis on day one.

For Michiganders, there may be an unsettling sense of deja vu to all this. The state’s medical marijuana program, first unveiled in 2008, saw several false starts before it finally got up and running.

Last year, there was a similar sense of anti-climax when, following a legal reboot of the medical marijuana program, the new “provisioning centers” were supposed to open. However, amid legal challenges and disputes over zoning in Detroit, the roll-out date was repeatedly postponed. This left hundreds of dispensaries that had opened before the reboot operating in a “gray market” — tolerated by the authorities on an unofficial basis while the mess was being worked out. Then, in the spring of 2018, state authorities started to order these outlets to close, which also may have contributed to the shortage.

A similar cycle appears to be playing itself out. Michigan Live reported this June that with cannabis ostensibly legal but no licensed retail outlets up and running, purveyors and consumers were turning again to a “gray market” — holding public events where quantities of cannabis were “gifted” along with an overpriced purchase of a legal item such as a T-shirt. (Wink wink, nudge nudge.)

Let’s hope Michigan regulators get it together sooner rather than later. There might just still be time to have a functional adult-use market in place by 2020, as originally planned with passage of Prop 1. But apart from (maybe) a few lucky buyers in Ann Arbor, Dec. 1 is likely to be a major nothingburger.