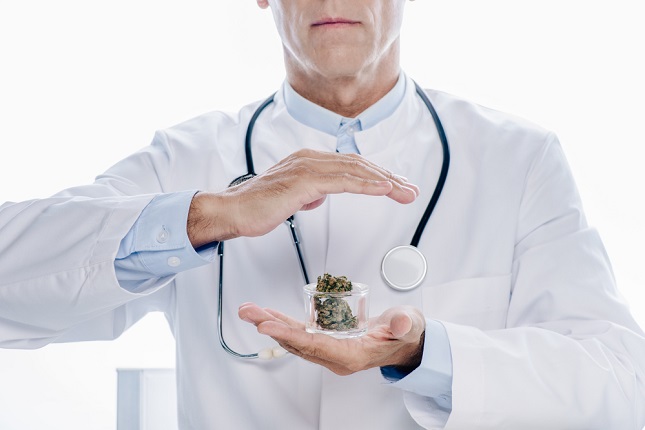 U.S., October 8, 2019 (CANNABISNOW)- In the decades since the medical marijuana movement began in earnest in the 1970s, cannabis has been anecdotally touted as an effective treatment for a variety of illnesses, including those impacting brain function, such as seizures, anxiety and depression. However, peer-reviewed research into the plant’s benefits remained stunted thanks to federal cannabis prohibition. But in recent years, new research both in the U.S. and abroad is finding breakthroughs about how cannabis could as a possible treatment for a variety of illnesses.

One such breakthrough in research came back in 2017, when researchers found strong evidence that cannabis could help treat dementia. Now, clinical studies are about to get underway at an Australia university, to track changes in actual dementia patients to see if cannabis can help.

The study will be led by the Institute for Health Research at the University of Notre Dame in Perth. As Australia’s 7News reports, the research team is currently screening candidates for the study, which will use lab-grown cannabis from Slovenia. The researchers are especially hoping the CBD-heavy strain will reduce the most deleterious and troubling effects of dementia.

Dementia is a catch-all term for the conditions that cause declining memory and thinking skills, including Alzheimer’s, Parkinson’s and vascular dementia. According to the World Health Organization, an estimated 50 million people in the world — primarily seniors — suffer from dementia.

In the Australian clinical study, cannabinoids will be extracted and delivered in a mouth spray, making it easier to be administered to the elderly. The spray will be produced by MGC Pharmaceuticals, an Australian firm founded by Israeli researchers.

The clinical trial will be held over a 14-month period starting early next year. It will involve 50 participants aged 65 years and older who have mild dementia and who currently live in an accredited residential aged-care facility.

Study leader Amanda Timler told the West Australian newspaper she believes that cannabis “works well with a lot of behavioral and neuro-psychotic symptoms associated with dementia, such as aggression and agitation. Medicinal cannabis is also thought to increase appetite as well as improve sleep cycles.”

She added to Australia’s morning TV news show Sunrise: “We think cannabis is going to help ameliorate behavioral signs and symptoms we see from dementia. It’s one of those medications that will treat a number of symptoms compared with typically being diagnosed with dementia and taking a number of different drugs.”

How Cannabis Could Help With Dementia
The Australia study is following up on laboratory work that has proved very promising for the efficacy of cannabinoids in treating dementia.

The most significant breakthrough was reported in a study issued in November 2017 by the Salk Institute for Biological Studies in La Jolla, California. The Institute’s Dr. David Schubert led a team that grew nerve cells taken from a human brain to examine factors that influence levels of a toxic protein linked to Alzheimer’s disease. The protein, known as amyloid beta, builds up within neurons, inflaming and eventually killing them. The team exposed the neurons to cannabis — finding that it cleared away the protein, reduced inflammation, and allowed the brain cells to survive.

The KPIX account also profiled some Bay Area seniors who reported dramatic improvement — mostly under the administration of CBD extracts.

Earlier in 2017, a study by scientists at the University of Bonn in Germany, published in the journal Nature Medicine, found that aging mice administered daily small doses of THC actually underwent a reversal of cognitive decline. This was determined by their improved performance on cognitive tasks, such as finding their way through a maze. The researchers said they anticipated potential cannabis-based treatments for dementia on the basis of the results.

“If we can rejuvenate the brain so that everybody gets five to 10 more years without needing extra care, then that is more than we could have imagined,” said study leader Andras Bilkei-Gorzo.

U.S. Bureaucracy Starting to Bend?
In two years, those behavioral findings on lab mice have advanced to the actual identification of a dementia-fighting mechanism in the human brain, and now to actual clinical trials on human patients. But it is significant that the clinical trials are taking place overseas. Cannabis research in the U.S. continues to be bottlenecked by federal prohibition.

There are some tentative glimmers of hope for an opening on the cannabis research front in the United States. The Drug Enforcement Administration in August announced plans to expand permitted cannabis research, and acknowledged that CBD is in fact now legal, pursuant to the passage of the 2018 Farm Bill.

As Politico reports, later that month the National Institutes of Health and the Food and Drug Administration, in a letter responding to a query by Sen. Brian Schatz (D-HI), stated: “NIH and FDA strongly support the need for additional research on cannabis and constituent compounds… The continued placement of marijuana in Schedule I of the Controlled Substances Act creates significant administrative and cost challenges that slow this research and may deter scientists from pursuing cannabis research altogether… To address these challenges, NIH and FDA recommend streamlining the process for conducting research with cannabis and other Schedule I substances.”

This kind of change is long overdue. The bizarre contradiction of federal policy is exemplified by the fact that in 2003, the U.S. Department of Health & Human Services secured a patent — number 6630507 — for the use of cannabinoids as antioxidants and neuroprotectants. The patent describes potential efficacy against both cancer and degenerative diseases, including dementia. Yet just three years later, an FDA memorandum reiterated the official position that cannabis has “no medical value.”

This story originally appeared on MarketWatch. Moderna’s Covid-19 vaccine has been authorized for emergency use …