12 Celebrities Who Have Jumped Into The CBD Industry

investmentvaluefinders 5 December, 2019 Industry News Comments Off on 12 Celebrities Who Have Jumped Into The CBD Industry 955 Views 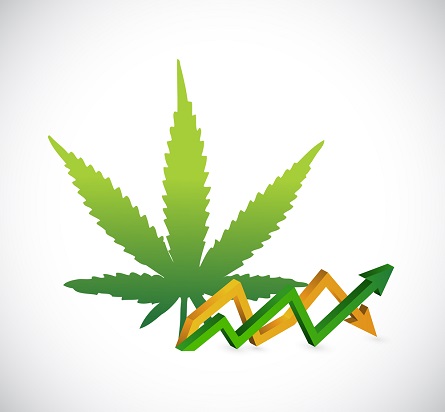 U.S., November 27, 2019 (GreenEntrepeneur) – Celebrities are just like us. They brush their teeth each morning and before they go to sleep. They put their pants on one leg at a time. They are interested in this whole CBD and cannabis space, too, wondering what the effects are from the variety of products on the market — as well as the return on investment from being part of a CBD brand.

When it comes to the CBD craze, many celebrities aren’t just using the products, but they’re putting their money where their interest is, becoming investors, spokespeople and advocates for an industry that’s ripe for the taking. Many of us may not be able to do that, but celebs can be a different breed when it comes to these types of opportunities.

Whether it’s using their fame or their personal experiences to promote a CBD brand, here are 15 celebrities who have fully jumped into the CBD industry; so keep an eye out for some of the products.

The former All-Pro tight end for the New England Patriots has sworn by CBD ever since he called it quits at age 30 in early-2019. Saying it helps him with pain management from chronic injuries sustained during his NFL career, “Gronk” teamed up with CBDMEDIC as both an investor and spokesperson, with plans to launch his own consumables line in spring of 2020.

Claiming to have “been a believer in the benefits of CBD for some time,” singer John Legend took his interest as a consumer in the industry to new levels by investing in a CBD company called PlusCBD. His role also includes acting as an advocate for the company’s line of products, specficially focusing on the edible gummies.

The former Heavyweight Champion of the World, Mike Tyson has gone through quite the image transformation over the past few decades. No longer the baddest dude on the planet, “Iron Mike” has calmed a bit since his partying days of yesteryears. A recent example is Tyson’s cannabis line, Tyson Ranch, which also includes a line of CBD-enhanced beverages called Dwiink, which include 10mg of CBD in each bottle.

It can be hard to keep up with the Kardashians, but the eldest sister of the family, Kourtney Kardashian, is trying to make it easy for us thanks to some of her business ventures. Interestingly enough, Kourtney’s one of the celebrities who has fallen into the CBD industry, launching a CBD serum for people to use in their skincare regime; something that she experienced firsthand.

The summer of Megan Rapinoe was upon us in 2019, as the expressive midfielder from the U.S. women’s national soccer team guided her squad to a Women’s World Cup title, taking home the Golden Ball award as the best player at the tournament. She also teamed up with her twin sister, Rachael Rapinoe, to launch an athlete-inspired and driven CBD brand called Mendi, which touts itself as a “sports brand that’s using cannabis as a healthier alternative to manage pain and recovery for elite and everyday athletes.”

The Academy Award-winning actress launched her very own CBD line called “Whoopi & Maya,” which boasts products likes Soaks, Rubs and Tinctures (with the latter only available in Colorado). Initially joining forces with Maya Elisabeth, the founder of OM Edibles, the two partnered up to launch their brand in 2016, and sell in two states only: California and Colorado.

A Boston Celtics legend, the current NBA analyst turned his attention to CBD a few years after his retirement, claiming he did so following a horrific stabbing incident in the early-2000s that left him with chronic pain and PTSD for more than a decade. Looking for an alternative, Pierce launched his own CBD brand to help guide other people towards additional solutions for things like trauma, pain relief or sleep assistance.

After being diagnosed with multiple sclerosis (MS) in 1999, longtime TV host Montell Williams decided to turn to cannabis to try and help with pain, stiffness and other symptoms. Fast-forward to today, Williams decided to partner up with brands like Cura Cannabis and Lenitiv Labs, who produce Montel’s personal line of CBD products.

Martha Stewart has made a living inspiring others with her lifestyle advice, so she decided to do something similar by teaming up with a Canadian-based cannabis company called Canopy Growth Corporations. Serving as an advisor, the longtime businesswoman and TV personality helps with “exploring the effectiveness of CBD and other cannabinoids as they relate to improving the lives of both humans and animals,” per a press release from the company.

At the height of his NFL career, the former Heisman Trophy winner and Texas Longhorns legend found one thing that kept holding him back: his frequent weed use. But his past doesn’t haunt him anymore, as Williams has turned to holistic resources for healing and relaxation. That includes starting his own cannabis company, which also offers a variety of cannabis products for “an herbal approach to everyday wellness.”

First breaking into the entertainment industry as a Disney star, the now 22-year-old actress has dropped the whole Mickey Mouse image. As the founder of a lifestyle brand called Hybrid Filthy Fangs, Bella is partnering up with a cannabis brand called the Glass House Group for a new line of CBD products named Forbidden Flower.

Crediting the improvement of her own anxiety to using CBD, Bella Thorne is a big supporter and advocate of the products, and is personally handpicking items for the brand to promote to help others manage their own anxiety.

Willie Nelson is one of the most infamous pot smokers on the planet, so it only makes sense that the longtime singer-songwriter decided to jump into the industry himself in 2015. Once being quoted as saying, “I’ve bought a lot of pot in my life, and now I’m selling it back,” when describing the reason for starting his own business, Willie’s Remedy, Nelson’s brand sells things like CBD coffee, teas, tinctures and balms.