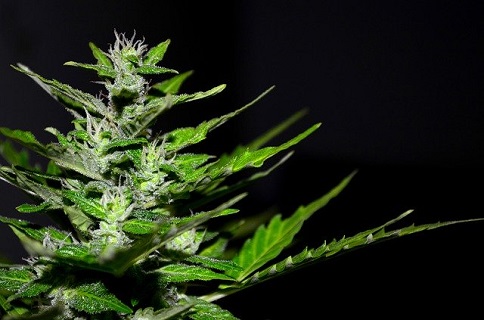 U.S., November 18, 2019 (GreenEntrepreneur)- Within the span of a few years, the relatively underground cannabis industry has become a major economic player. As global demand for cannabis products becomes mainstream, and the cultivation, manufacturing and distribution process is corporatized, this still-nascent business sector has a unique opportunity: to lead the way in redefining modern capitalism with a conscious focus on value creation over profit generation.

While traditional capitalism focused on private or corporate ownership of capital goods for the purposes of profit, many of today’s most successful and socially responsible companies, such as Whole Foods, have been setting new standards for big business that benefits shareholders, partners and employees, while also promoting a more conscious balance between corporate economics and creating products that generate consumer love and loyalty.

So-called “Conscious Capitalism” supports the idea of big business making a positive impact on the world and the well-being of the consumer. It pushes business aspirations to a higher purpose by creating financial, social, cultural and ecological benefits for all stakeholders — a much more fitting economic model for the free-spirited cannabis industry than hardline capitalism.

Whole Foods co-founder John Mackey was criticized when his company was bought by Amazon; which is considered one of today’s true examples of walled-garden capitalism in action. But Mackey, along with many popular corporate brands such as The Container Store, Starbucks, Trader Joe’s and Patagonia, continue their commitment to the idea that big business can still provide value without compromising profit.

Recently, a number of CEOs at companies such as Apple, Pepsi and Wal-Mart issued a statement calling for an “economy that promotes all Americans” and not just shareholders.

As cannabis entrepreneurs define their roles in this emerging industry, they, too, can play a pivotal role in shaping a business framework that benefits people, the environment and the bottom line alike.

In this way, cannabis isn’t challenging the tenets of capitalism, it’s creating an opportunity for capitalism to evolve.

With cannabis now legal in 11 states for adult use, and legalized medical marijuana available in 33 states, the belief among many cannabis leaders is that there should be opportunities for everyone in this new era of legalization and robust economics.

How we create prosperity for everyone is perhaps our biggest challenge. It is incumbent on today’s cannabis companies to find ways of working with government and state leadership to establish and implement social justice efforts.

This means not just focusing on federal legalization, but helping to create comprehensive legislation that addresses diversity and social responsibility, especially for minority communities that have been the hardest hit by marijuana law enforcement over the years.

The City of Los Angeles recently rolled out a Social Equity Program that offers application processing and support to communities most adversely impacted by the Prohibition. And lawmakers in New York State are demanding that education, business assistance and social equity initiatives be included in cannabis law to ensure that the legalization movement is inclusive of everyone, and that wealth and opportunity is shared by all, not just the privileged few.

The Onus Is On Us

The future potential for the cannabis market is nothing less than staggering. Wall Street investment bank Jeffries estimates that the global cannabis market will hit $50 billion in 2029, and could possibly peak at $130 billion in annual revenue. And financial services company Cowen expects that cannabis industry gross annual sales continue to soar into the $75 billion range by 2030.

In the state of California alone, with 40 million people and growing, cannabis sales hit $2.5 billion in 2018, with forecasts expected to hit or exceed $25 billion by 2026. The opening of recreational dispensaries in January 2018 boosted the pool of legal marijuana users from 17 million to 47 million.

There is no question that cannabis has won itself a seat at the capitalism table. It’s now just a question of how this new generation of cannabis companies will balance profit cycles for investors, support job creation and social equity, and produce quality products intended to generate wellness and well-being for consumers.