What you need to know about cannabis appelations

investmentvaluefinders 21 November, 2019 Industry News Comments Off on What you need to know about cannabis appelations 987 Views 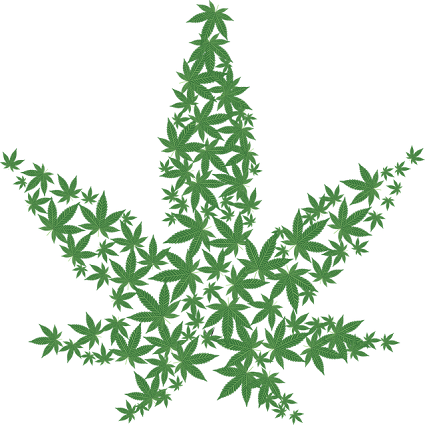 U.S., November 18, 2019 (Cannabis Now)- California is moving toward adopting official appellations for cannabis, certifying a strain’s regional origin. Here’s your guide for understanding what cannabis appellations are and why advocates hope that appellations will allow small, high-end growers to stand out in the market.

From Maui Wowie to Durban Poison to Acapulco Gold to Humboldt OG, cannabis strains often boast their geographic origin in their names. However, there is currently no system of enforcement that keeps any cannabis strain from claiming it comes from a place that it did not, in fact, come from. And if your dealer tells you they have some quality California pot, you have no way of knowing if that is true or if it is merely something grown in their buddy’s garage in Kentucky. But such a system of enforcement is right around the corner. An official appellation system certifying a strain’s locale of cultivation — based on a system already in place for wine — is coming to California.

In the wine industry, there is a well-established concept of terroir, defined as the mixture of traits produced by a particular region’s climate, soil and terrain that affect the taste of wine. Beginning over 80 years ago in (of course) France, the wine industry has established a certification system giving each production region an appellation. For example, only sparkling wine grown in the Champagne region of France is allowed to call itself champagne; the rest must stick to being sparkling wine.

California, with its legendary climate conducive to outdoor cultivation, is the first U.S. state to move toward adopting such a system for cannabis. Many of its locales, particularly the Emerald Triangle counties of Humboldt and Mendocino, have long been practically synonymous with high-quality bud in popular culture. Small growers are especially hoping that this cachet can give them an edge over the industrial-scale cannabis operations now emerging on the agribusiness holdings of the Central Valley and Salinas Valley.

Why Do Legacy California Cannabis Growers Want an Appellation System?

Senate Bill 185, establishing a cannabis appellation system, was signed into law by Gov. Gavin Newsom on Oct. 17. Its chief champion was Sen. Mike McGuire, whose Healdsburg district is in the heart of Sonoma County’s wine country. One county to the north, the Mendocino Appellations Project is at the forefront of designing such a system for cannabis. Since 2015, it has been mapping the micro-regions of Mendocino, dividing the county into 11 zones by distinctive soil and climatic conditions.

The California Cannabis Industry Association is now hoping to apply such mapping statewide.

“This is really an effort to help those small farmers in rural areas to make sure they’re competitive and make sure we have a diversified market here in California,” the group’s outreach director Josh Drayton told North Bay Business Journal upon passage of the bill.

Drayton noted with trepidation that high-end sungrown cannabis prices have dropped from up to $4,000 a pound a decade ago to as low as $500 today — largely due to competition from large commercial operators with economies of scale. But he sees increasing sophistication about product quality as a significant sign of hope.

“As consumers become more educated on cannabis use and cultivation, they’re going to start to recognize the difference between craft-grown cannabis versus mass-produced,” Drayton said, “which gives cultivators the opportunity to grow more craft strains.”

In a statement, McGuire’s office said the aim of the law is to expand protections for cannabis growers and the authenticity of their product.

“This law will prevent cannabis manufacturers from claiming, for example, their product is grown in the Emerald Triangle, when in fact it was grown in Sacramento,” McGuire stated. “The law takes into account the critical ingredients to a successful appellation designation such as geographic location, soil types, farming techniques and microclimates.”

Again invoking the precedent in viniculture, McGuire added: “Customers have come to expect truth in labeling in wine and this critical bill ensures manufacturers market products that meet similar appellation requirements with cannabis.”

Details of how the system will work are to be drawn up in the coming months by CalCannabis Cultivation Licensing, a division of the  California Department of Food & Agriculture (CDFA). The CDFA is hoping the system will be in place by 2022.

How Do Appellations Work in the Wine Industry?

The CDFA will doubtlessly be looking closely at the appellation system already in place for the wine industry.

With wine, each country determines its own system for categorizing wines by region, most predominantly in France, Spain and the United States. In each region, there are laws and regulations that determine where grapes are grown and how the wine is made.

This system came to the United States in 1980, when the federal Treasury Department recognized the first American Viticulture Areas (AVAs). One quick note: Viticulture refers generally to the cultivation of grapes, while viniculture refers more specifically to wine production.

There are now some 240 federally-recognized AVAs across the country. Some, such as the Mississippi River AVA, span millions of acres, while others consist of only a few hundred acres. In order for a wine to win an AVA label, at least 85% of the grapes must come from the designated AVA.

France was the first to establish such a system back in 1937. Ironically, this was the same year cannabis was banned by federal law in America. Today, there are over 360 wine appellations in France, mostly within 11 primary growing regions, prominently including the Rhône, Loire, Alsace and Bordeaux.

It’s worth noting that Europe also has appellation systems that apply not only to wine but to a wide variety of agricultural products including cheeses, meats, honey and olive oil. So the CDFA will certainly be especially examining this system as it crafts the California cannabis appellations.

We can imagine that the micro-zones of Mendocino will become sub-appellations of the Emerald Triangle, itself a sub-appellation of a North Coast cannabis cultivation area.

Are Other States Looking at Cannabis Appellations?

Oregon may be the next state to adopt an appellation system, as the Beaver State’s Craft Cannabis Alliance has emerged as a powerful agricultural lobby. It was instrumental in the passage of a recent bill putting Oregon on the record as supporting the establishment of an interstate cannabis trade.

But the terroir question has actually pitted wine and cannabis producers against each other in at least one case in Oregon. The trade journal Wine Searcher recently reported on the legal battle being waged by Moe Momtazi, who runs the esteemed Maysara Vineyard in Oregon’s Yamhill County (the heart of the state’s own wine country), against his neighbor Richard Wagner to stop his cannabis grow operation.

Momtazi claims “foul-smelling particles” from the cannabis plants are tainting the prized terroir of his meticulously grown grapes. A rather harrowing account on the case in The Outline magazine last year portrays the rural feud as escalating nearly to the level of a Wild West range war.