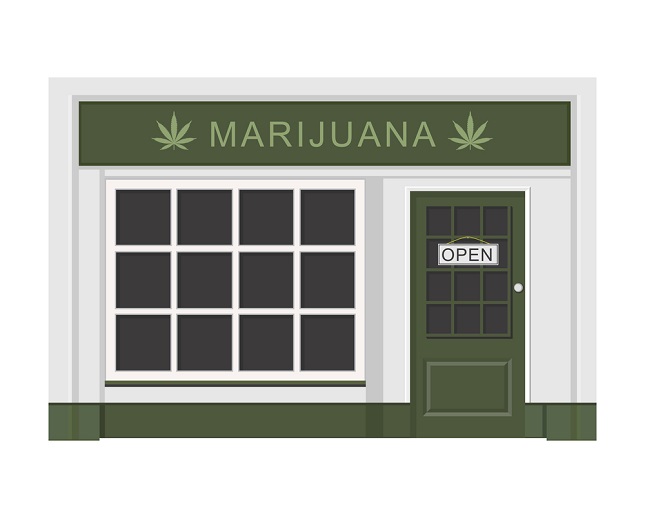 George Street site has been added to province’s waiting list, but plans for a Chemong Road store have gone up in smoke while a Lindsay site has now been added to the approved list.

Canda, August 31, 2019 (THE PETERBOROUGH EXAMINER) – The grey building at 225 George St. N., seen in Peterborough, Ont., on Friday, Aug. 30, 2019, has been selected by the Ontario government as a possible location for a cannabis retail store. Canada Corporation is on a waitlist to open the pot shop in the space. – Jessica Nyznik , Examiner

The grey building at 225 George St. N., seen in Peterborough, Ont., on Friday, Aug. 30, 2019, has been selected by the Ontario government as a possible location for a cannabis retail store. Canada Corporation is on a waitlist to open the pot shop in the space. – Jessica Nyznik , Examiner

A downtown Peterborough location is now on the Ontario government’s cannabis store eastern region waiting list after other applicants were disqualified.

That’s where the former Classic Rattan store was, between Services Canada and the Knotanew Book Store, across from No Frills.

It’s among the stores next in line if Huge Shops Inc. and Gerrit Murray fail final government approval.

Huge Shops is steps away from opening a shop in Fowlers Corners. It’ll be bookended by Coffee Time and Tribal Voices on the corner of Highway 7 and Lindsay Road, between Peterborough and Omemee.

Murray won the bid for the Lindsay location after Lloyd Tucker and Cirrolion Captial Inc. were dropped.

Wait-listed Tucker was prepared to open a store in Unit 1 of the Northview Commerce Court on Chemong Road, where the Turtle Trauma Centre is.

Tucker and Cirrolion Capital were both disqualified for failing to comply with one of the cannabis retail store allocation lottery rules, according to the Alcohol and Gaming Commission of Ontario (AGCO), which regulates the marijuana sector.

It was unknown if Tucker is from the Peterborough area, or who owns Cirrolion Capital.

Michael Potts, president of Huge Shops, previously told the Examiner that the Fowlers Corners store will be Huge Shops’ first store. The Toronto-based cannabis retailer established in late 2018 with the goal of opening storefronts in various regions over time.

In December, FSD Pharma Inc, a licensed producer based in the former Kraft plant in Cobourg, invested $1.3 million in Huge Shops to help the company’s plans to convert some Coffee Time locations into marijuana retail stores in Ontario.

Huge Shops reached a deal to take over a least 10 Coffee Time locations, with the option to buy more sites through the café’s parent company, Chairman’s Brands.

The cannabis retailer has yet to take over a Coffee Time.

The AGCO held a lottery for the right to apply for one of the next 42 cannabis store licences earlier this month.

Those who won the lottery had until Wednesday to submit required documents and the regulator says 12 failed to do so and were disqualified. One application was withdrawn.

All of the disqualified and withdrawn applicants were then being replaced by applicants from the waiting lists in each region.

The agency says 29 applicants provided the required documents which are now being reviewed, a process that includes background and police checks.

The latest lottery means the number of pot shops allowed in Ontario will rise to 75 later this year.

2019-09-02
investmentvaluefinders
Share
Previous An Israeli company was granted a license to import and commercialize medical marijuana
Next Pondering the best approach to irrigate a cannabis grow? Here are some tips