Pot industry added nearly $8B to GDP in August 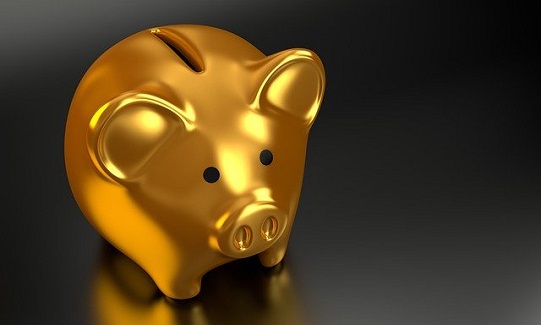 Cannabis sales in Canada expected to double next year to $3.16B: analyst
Canaccord Genuity cannabis analyst Matt Bottomley expects revenue in Canada’s legal pot sector to more than double next year despite slower-than-expected growth. Bottomley said in a research note to clients that Canada’s cannabis industry should expect $3.16 billion in revenue in 2020, up from the $1.46 billion forecast for 2019. He added Canada’s cannabis retail figures should see a five per cent reduction in overall sales in September from the prior month to $121 million, but said subsequent growth should advance at a five-per-cent monthly clip. Bottomley expects growth in the recreational market to increase by just 7.5 per cent in 2020. Alongside its latest estimates for the Canadian cannabis industry, Canaccord’s analysts have revised sales projections for some of the country’s largest licensed producers such as Canopy Growth, Aphria and Aurora Cannabis.
BRNT secures multiyear white label deal with Valens GroWorks for 2.2M vape pens
BRNT Group, a company which has made its name making high-end cannabis accessories, is getting into the vape game. The company announced on Thursday a partnership with Valens GroWorks to produce a minimum of 2.2 million vape pens over the next two years. The deal, which is believed to be one of the largest publicly announced multi-year white label agreements, is expected to generate over $50-million in gross revenue for Valens, according to a statement released by both companies. The vape devices are expected to be available in select markets starting in the first quarter of next year and roll out across Canada later in the year.
Canadian pot producer hires helicopter to avoid possible frost on outdoor grow
Looking for a novel way to ensure your outdoor crop won’t be impacted by frost? Give your local helicopter pilot a call. That’s what 48North did, according to an Instagram post published by Devin Piche, the company’s master grower. A helicopter is able to float above an agricultural crop and essentially suck up cold air upward away from plants which could be damaged by a potential frost. “The helicopter was used to move warm air in a temperature inversion down into the crop area to keep the temperature above freezing,” according to Connor Whitworth, a 48North spokesperson. The cannabis producer is harvesting the remaining cannabis plants it is growing in its Good:Farm facility. Whitworth declined to further comment on 48North’s outdoor harvest, which it has previously stated expects to yield 40,000 kilograms of cannabis.
Alberta eyes 500 pot shops by 2021, no consumption lounges planned: regulatory official
Alberta is already the country’s market leader in the pot retail space – and it looks like it could get even larger.  Alberta Gaming, Liquor and Cannabis expects its store count to grow to over 500 within two years, according to the Calgary Herald, citing an official with the provincial regulator. The regulator has already green lit 306 retail outlets across the province, a number that will likely grow by 200 by 2021. However, cannabis consumption lounges don’t appear yet to be coming out anytime soon and would require legislative approval to establish those types of facilities, the official said.
Canada’s cannabis industry contributed nearly $8B to GDP in August: StatsCan
Canada’s cannabis sector – both the legal and illegal market – contributed $7.92 billion to the country’s gross domestic product in August, a figure that continues to grow from the $7.02 billion last October when recreational cannabis was legalized and above the revised $7.79 billion mark made in July, according to new data published by Statistics Canada on Thursday. The StatsCan figures also show Canada’s legal cannabis industry has grown by 116 per cent in the first 11 months since recreational marijuana was legalized. The black market’s cannabis output has fallen by 22 per cent in that same time, according to StatsCan estimates.
2019-11-15
investmentvaluefinders
Share
Previous Ontario business group wants ‘clear timeline’ for cannabis store expansion
Next What you need to know about Cannabis patents