What you need to know about Cannabis patents

investmentvaluefinders 18 November, 2019 Industry News Comments Off on What you need to know about Cannabis patents 1,003 Views 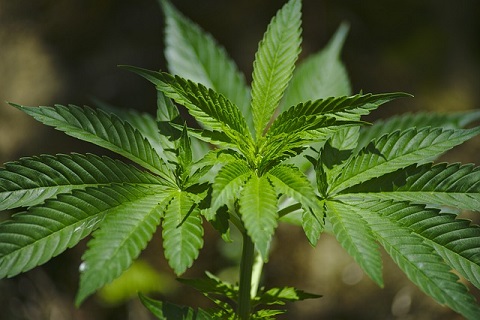 U.S., October 28, 2019 (CANNABISNOW)- Amid the quick expansion of the legal cannabis market, many cannabis growers and business owners are pushing to secure intellectual property rights for the strains and products they’ve created.

Cannabis patents currently exist in a still-clouded regulatory atmosphere thanks to federal prohibition, but it’s still possible to receive one — and the cannabis industry is certainly rising to the challenge to secure their own rights to continue cultivating strains that have long been part of the genetic and intellectual commons.

In the midst of this push for protecting cannabis intellectual property, there has been a rash of court cases and developments that have changed the foundation of cannabis patents in America. So what does it mean for the average cannabis consumer, who perhaps has heard to be wary of the day a patent-wielding Monsanto enters the cannabis industry?

Here is a basic guide to what you need to know about cannabis patents.

What Is a Cannabis Patent?

In the United States, there are three kinds of patents: utility patents, for a process or application of particular products; design patents, generally for industrial products; and plant patents, for new varieties of plants.

Each of these types of patents could apply to cannabis products. For example, in 2017, a Nevada-based firm with the slightly presumptuous name Cannabis Sativa Inc did win a plant patent for a strain called Ecuadorian Sativa. The firm boasted of its high content of the terpene limonene, and its possible curative capacities for various ailments — not of THC. The company was later able to procure a utility patent for a cannabis lozenge.

One bizarre contradiction of federal policy is illustrated by the fact that in 2003, the U.S. Department of Health and Human Services itself secured a patent — number 6630507 — for the use of cannabinoids (not including THC) as antioxidants and neuroprotectants. Yet just three years later, an FDA memorandum reiterated the official position that cannabis has “no medical value.”

Why Are People Particularly Scared of Utility Patents?

A utility patent protects the way that something is used and how it works. Consider the utility patent for a cannabis lozenge: it’s a patent on the idea that cannabis can be consumed in lozenge form to address a specific problem.

That makes utility patents particularly broad, and therefore could be used to step on more cannabis companies’ toes.

For example, “you can’t say you’ve done all the work necessary to establish use of cannabis for headaches,” Jerry Whiting of Seattle-based LeBlanc CNE, which develops and markets CBD products, told Cannabis Now. “That’s not worthy of government protection. These patents are unenforceable in most cases, but nobody can afford the lawyers to go after them.”

What About the Process for Getting a Cannabis Trademark?

It’s confusing: Getting a cannabis patent with the federal government is possible, but a cannabis trademark is not. A trademark is a form of intellectual property protection over a name, word, logo, symbol or design associated with a product or company.

Currently, there is no process for trademarking a product that contains significant quantities of THC, and the federal government is only now moving to establish such a process for CBD products.

In a case that exemplifies the persisting dilemmas, a federal court in California ruled last month that cannabis edibles cannot be trademarked due to federal prohibition.

As Food & Beverage Litigation Update reports, the San Francisco-based court for California’s Northern District rejected a trademark infringement claim in Kiva Health Brands LLC v. Kiva Brands Inc. In the litigation, Kiva Brands Inc (KBI) and Kiva Health Brands (KHB) disputed rights to the “Kiva” trademark. KBI asserted that they owned the name, given that they had been selling cannabis-infused edibles under the name in California since 2010. But the court said no dice.

In 2010, the federal government did entertain the idea of allowing trademarks for medical marijuana products. Hopes had been raised by the government’s creation in April 2010 of a new trademark category: “Processed plant matter for medicinal purposes, namely medical marijuana.”

Applications for trademarks were quickly filed.

“It looked like a positive step to me. We don’t have many steps by the federal government legitimizing medical cannabis,” Steve DeAngelo, executive director of Oakland’s flagship dispensary, Harborside, told the Wall Street Journal. But that July, the USTPO did an about-face and nixed the plans.

What About Hemp Patents?

In September, the U.S. Patent and Trademark Office awarded “what appears to be the first patent for a hemp strain” to Denver-based Charlotte’s Web Holdings. Charlotte’s Web obtained U.S. Plant Patent No. PP30,639, listing CEO Joel Stanley as an inventor of the “new and distinct hemp cultivar designated as ‘CW2A.’”

The federal bureaucracy is starting to catch up with the law following passage of the 2018 Farm Bill. The USPTO in May issued guidelines for trademarks on CBD products, while the U.S. Agriculture Department (USDA) is preparing to recognize intellectual property in hemp varieties.

At the international level, hemp strains are already being registered with the Geneva-based International Union for the Protection of New Varieties of Plants (UPOV).

Why Are Cannabis Patents So Controversial?

Starting with the failed California legalization bid Proposition 19 in 2010, we’ve seen the strange phenomenon of “Stoners Against Legalization” — cannabis users and growers who viewed the initiative (and the successful Proposition 64 six years later) would allow big corporations to corner the cannabis market and squeeze out independent growers via access to finances and patents.

These fears were fueled by rumors in 2010 that the Drug Enforcement Administration was granting big corporations licenses to grow cannabis for research. The concern was that these companies could develop novel applications for cannabis, receive a broad patent, and then go after smaller cannabis growers for infringing on their patent, wielding the patent like a legal bludgeon. This is a strategy made famous by Monsanto, which uses its corn and soy patents to push out small farmers growing those crops.

Why Is “Prior Art” So Important?

The federal government will only grant a patent to someone if it believes the product or idea in question is a “novel invention,” and that means no one has come up with it before.

“Prior art” is anything that proves a patent was not a novel idea. For example, if Person A gets a plant patent for a cannabis strain they claimed was unique, but Person B can prove they grew that strain in 2014, the patent could be held invalid.

Breeders and growers are still wrestling with how to assert their traditional rights in the increasingly corporate-dominated cannabis environment, and especially because many illicit market growers were understandably avoiding keeping a paper trail. In the cannabis space, many people have advocated for using strain databases to build potential “prior art” defenses.

For those people who don’t want to claim ownership over cannabis — and want to keep cannabis open to the public, open source projects have been useful.

For example, the Oregon non-profit Open Cannabis Project sought for years to protect the cannabis genome from corporate privatization by gathering cannabis data to keep in the public domain. (However, Open Cannabis Project has been suspended due to funding challenges following a controversy concerning the supposed proprietary ambitions of its for-profit partner, Portland-based Phylos Bioscience. Phylos encouraged cannabis growers to use its strain genotyping services and database to establish prior art.)

“Nobody has the right to patent the Garden of Eden,” says Whiting. “No one owns nature. The rest is just courtroom bullsh*t.”

Whiting has drawn up what he calls an “open-source alternative licensing schema” under the title “Cannabis Breeders Rights.” It lists different categories, such as “grow & harvest” only or “cloning allowed.”

His proposed framework is also designed to protect the rights of small growers who do not have access to economies of scale.

Whiting’s “end-user license agreement” would establish the prior art of a particular cannabis strain.

“My wishes going forward are that these strains are never to be owned by anyone,” he says. “As long as it’s being used by seed-savers in backyards, it’s free.”

This system is based on terms agreed to by vendor and purchaser, rather than patents.

Whiting’s alternative licensing proposal is partly inspired by “Berkeley Standard Distribution,” the norm adopted by computer engineers in the ’90s that established UNIX-based operating systems as open-source. “A lot of the software that runs the world today is not under commercial license,” he says.